[ Sky – Master Post ]
Title: Temptations of Sin II
Fandom: Sky
Characters: Sin
Rating: G-
Warnings: Drag
Notes: So, mum liked one of the original Temptations shots, but I can’t stand the colours, or the way the skirt bends, so I’m trying to frame up some new ones. Still touching up the troublesome parts, but here’s what I’ve managed, so far. 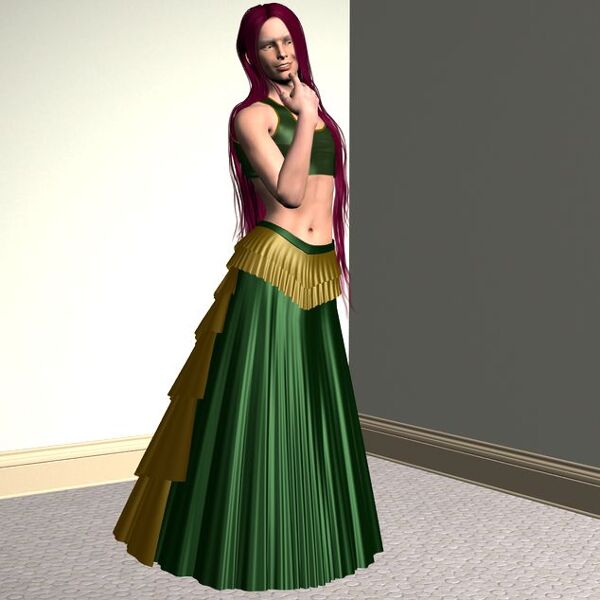 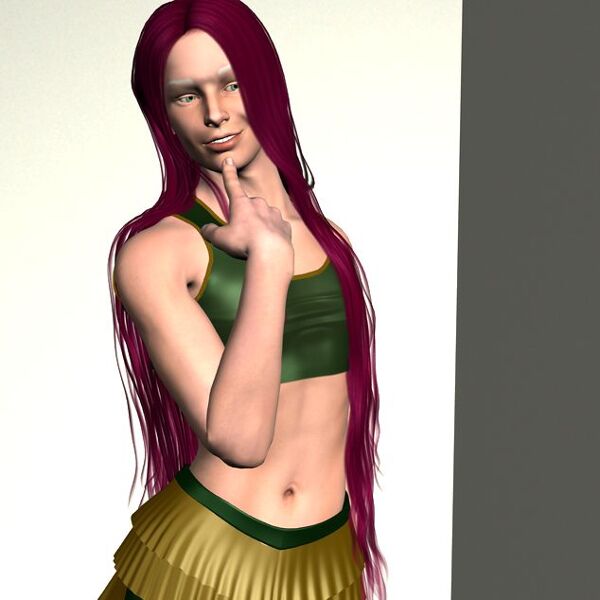 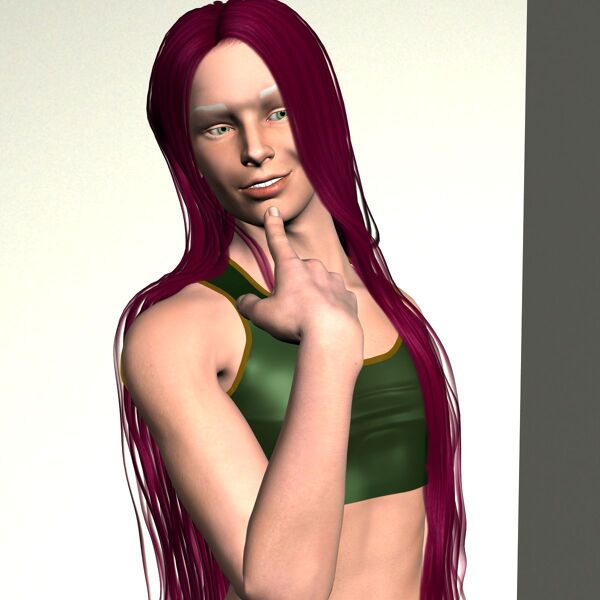 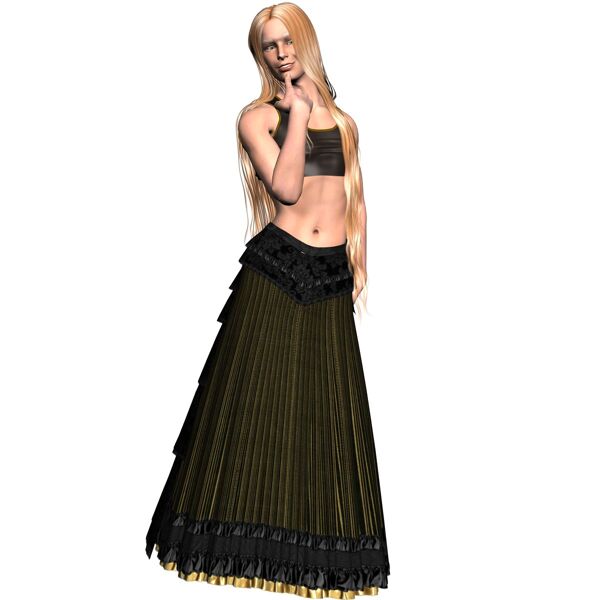 Gave up on the latex. Snagged the Golden Nights texture for the skirt and switched to a satin shader, in black, on the shirt. 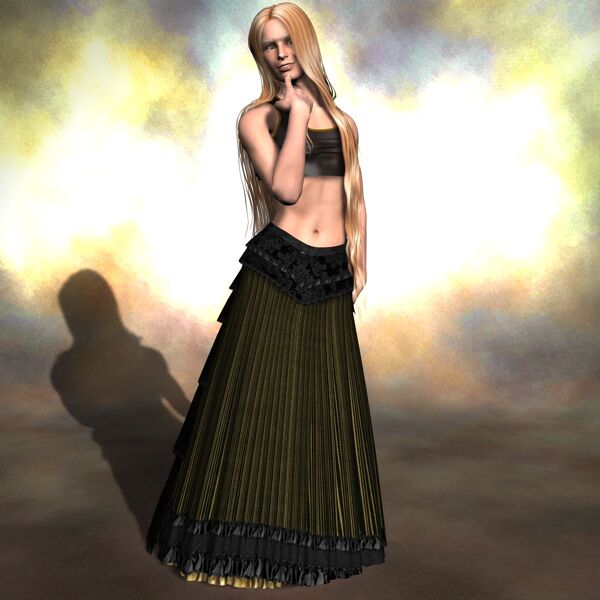 Sometimes, I leave shadows off on purpose. Just sayin’. 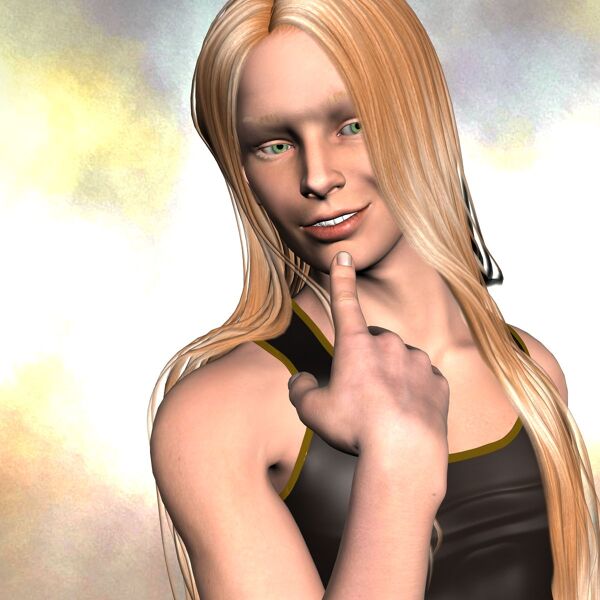 Eyebrows and I are having a discussion. Unfortunately, I turned the texture the wrong way, in this one.

More, in a wee bit, after I do some more texture fixes. 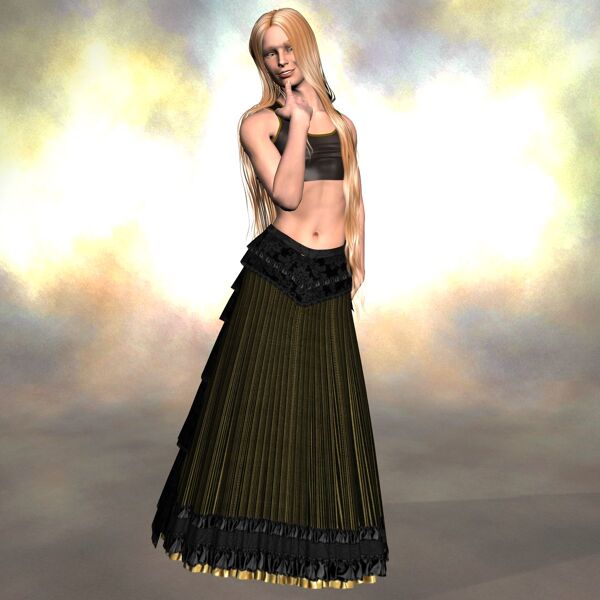 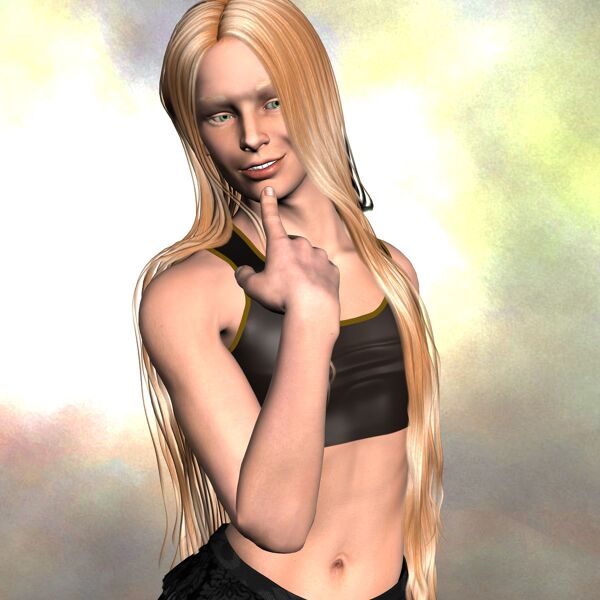 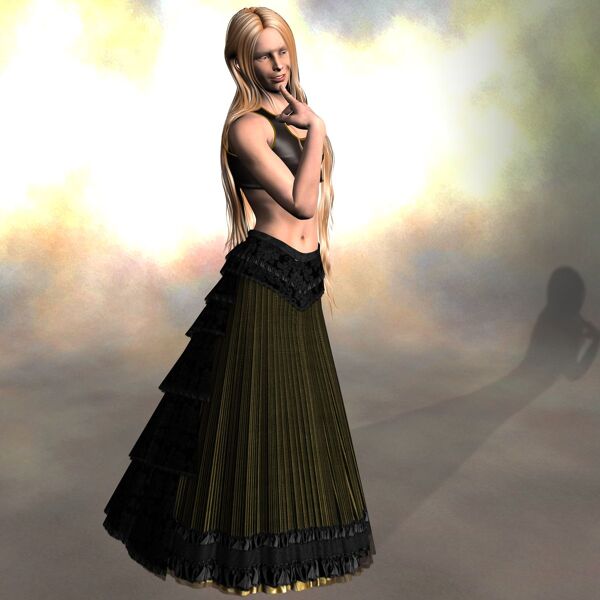 Â OMG WTF. SHADOW FROM WHERE? *runs to fix* Although… this is supposed to be cropped for vertical display, so… hmm… 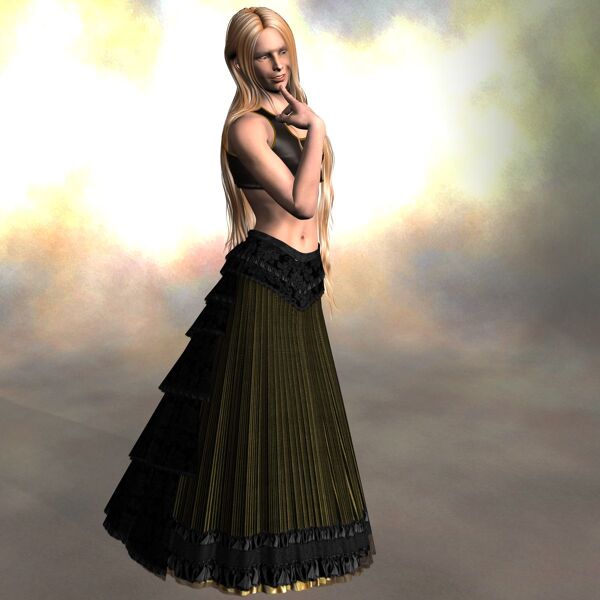 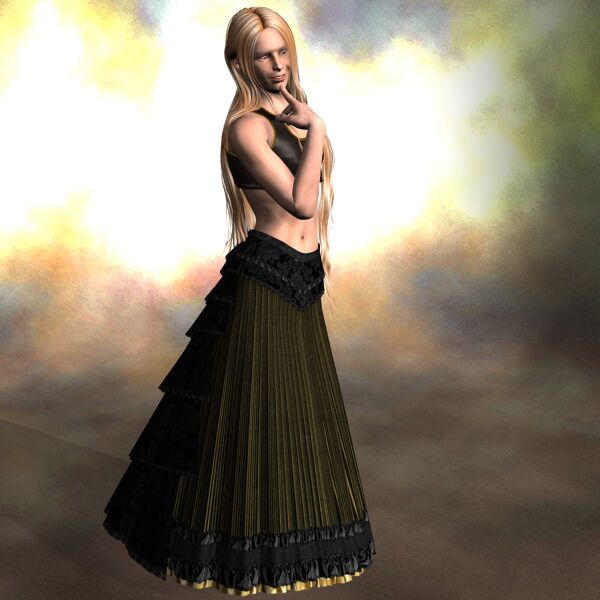 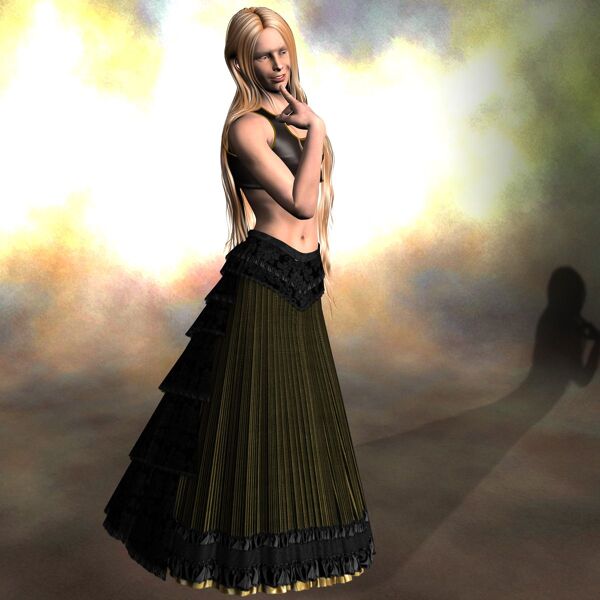