Title: WIP – Galahad and the Winter Court
Fandom: Camelot/HP
Characters: Galahad; Aedan, Lord Winter; Ceallach; Clover; Ceofine
Rating: T
Warnings: Ken-doll nudity
Notes: Okay, so, here’s another case of the sense getting bigger than the skill. I know what I’m trying for, and I’ve been working on it for most of the last day, but the more I figure out, the more I learn I don’t know. 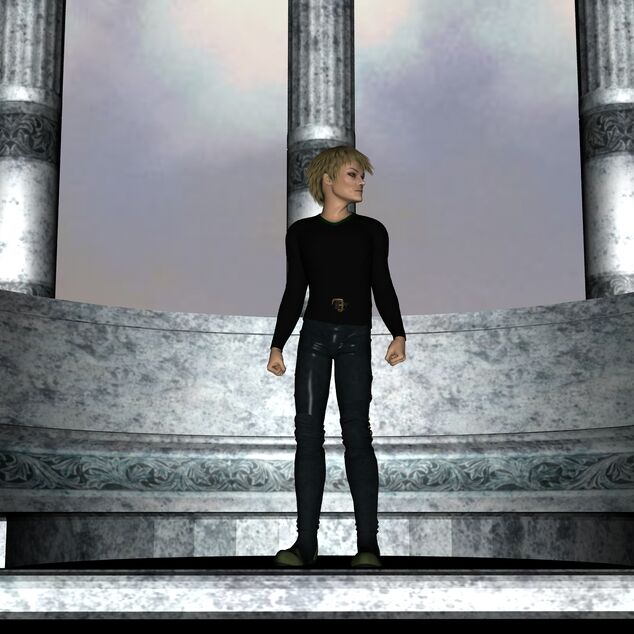 It all started here… I wanted to do another Galahad, and

SirMordred was egging me on, so … It starts with some pillars and a stormy sky.

Then it’s time to start adding decorative cousins. Ceallach and Clover serve no purpose here, but to dress up that pillar. 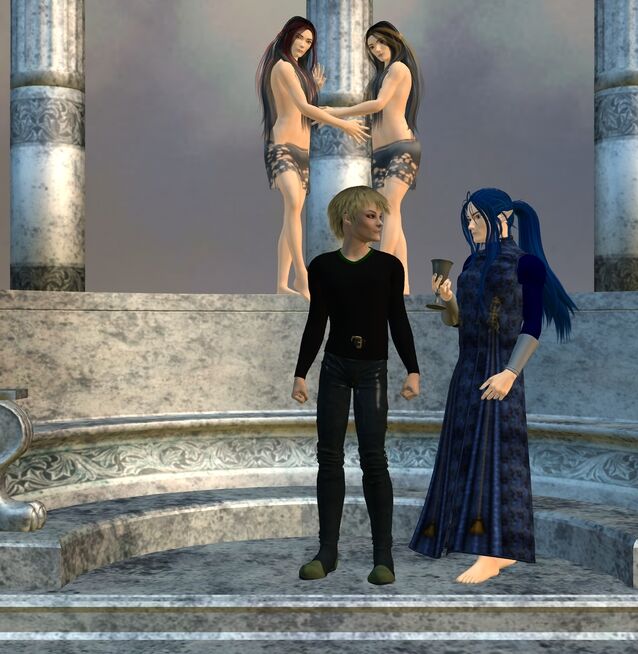 Added Lord Winter and some lights. These lights go away pretty quick. Also, Aedan’s coat is … well … built for a totally other figure, and it ended up taking a whole lot more fuckery to straighten it out. I’m still not happy with it. 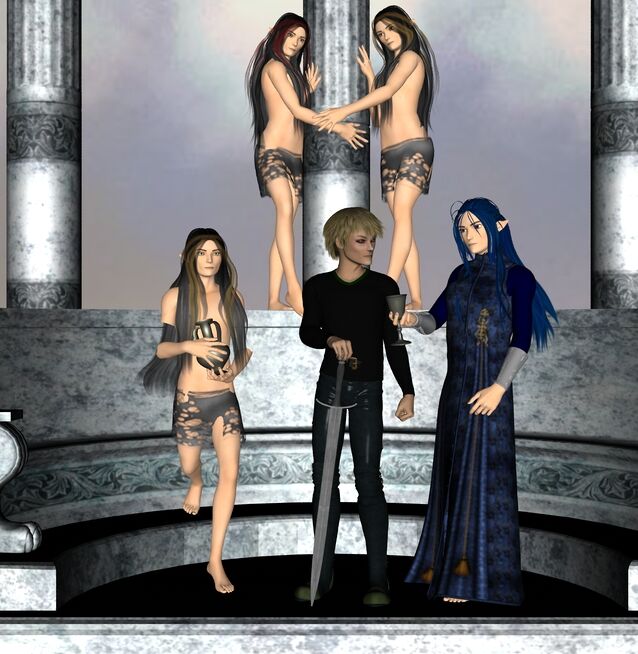 Added Ceofine, forgot to turn the shoulders back on in the render, after some screwing around. Also added Galahad’s sword and learned not to parent objects to the figure until after they’re arranged. Aedan’s coat sucks a little less, here. Galahad resists being lit. 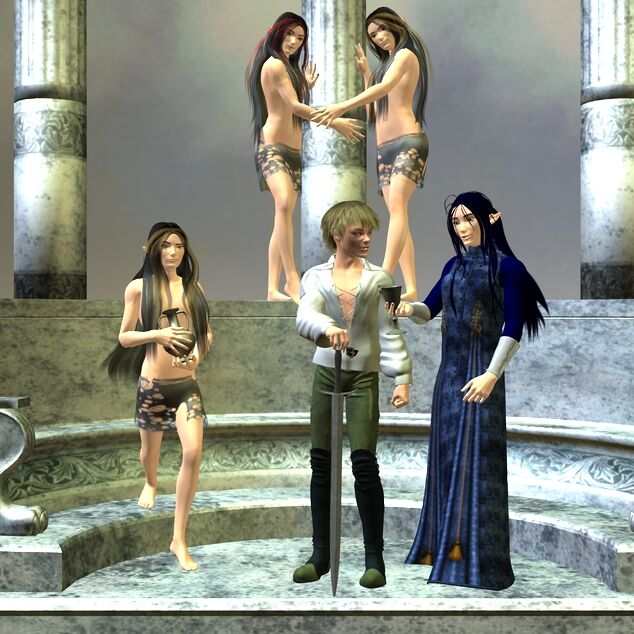 Put facial expressions on Aedan and Ceofine, fixed the sword, finally stopped screwing with the coat, and totally cocked up the lights. This is about where I am, right now.

I’ve given up on fitting the skirts properly, for lack of sliders that do anything useful. I can fix that in post. In fact, most of what’s busted is getting fixed in post. I just have to figure out the lighting… and move Ceofine’s foot. Fffffff. I missed that.