Title: Domhnall’s Grave
Fandom: Winter
Characters: Ceallach, Clover
Rating: G (L0 N0 S0 V0 D0)
Warnings: None
Notes: It’s a sneak peek at something else I’m working on, in the background. This will probably end up being shot in four pieces and pasted back together. I saved this one, because I think I’m done screwing around with Ceallach, so unless I change the lights, he’s safe to copy/paste. Clover’s hair and I hate each other. So far, the image is still short … probably Cormacc and a whole bunch of gravestones, but I’ve been working on it for twenty-two of the last twenty eight hours, and I have to do something else, for a while. 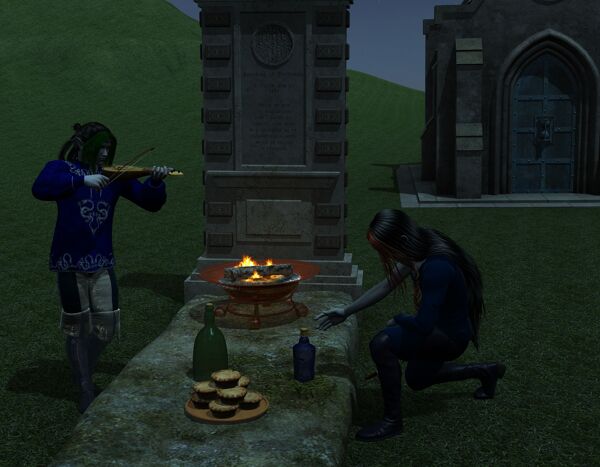