Title: July: Moonlight and Mushrooms
Fandom: Winter
Characters: Ceallach ♂, Caolan ♂
Rating: G (L0 N0 S0 V0 D0)
Warnings: Caolan’s vaguely in drag. It’s not real obvious.
Notes: THIS. FUCKING. PICTURE. *coughs* So, I spent 20 hours crashing it, before I realised the problem was the grass. Oops. Shot it in four parts, one of which had about half the total grass in the scene, and faked the hell out of it. If I did something utterly daft, here, you should probably tell me, as half of this was done after I didn’t sleep for three days. (Yes, I’ve slept since. Thanks.) I also have a terrible suspicion this got gamma shifted for some goddamn reason when I uploaded it, because it’s a completely different brightness here than it is in Photoshop, on the same display. So, no, it’s not actually washed out, it’s just something wrong with this version of the file. 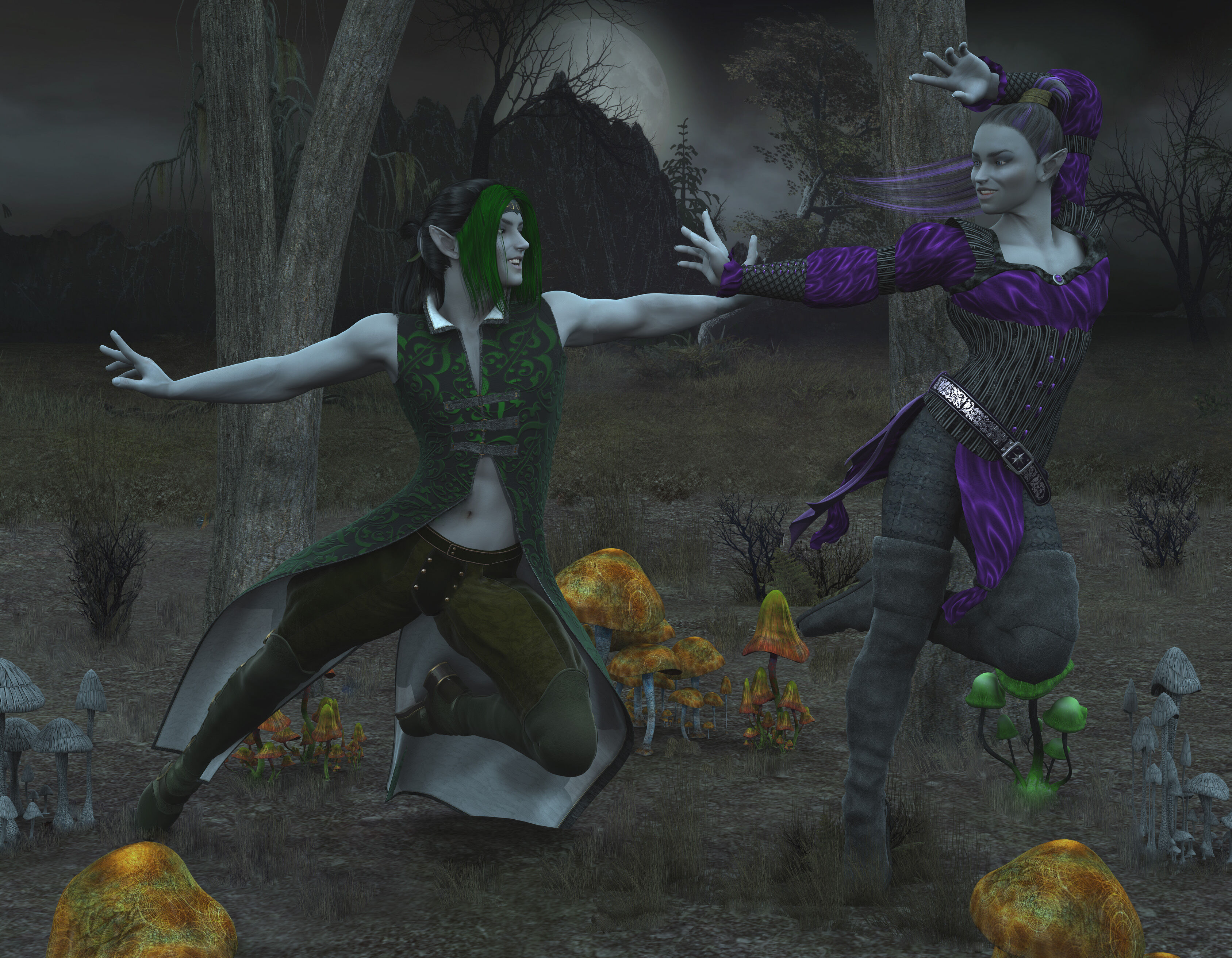