Title: Family Photo
Fandom: Wintercourt
Characters: Ciaran, Clover, Ceallach, Morgan, Mæve, Margaret
Rating: T
Warnings: Non-textual expletive
Notes: Apparently I can’t render stuff with more than five figures in it, because I run out of RAM. Sucks to be me. So, here’s a screencap of what I just stopped working on, because I’ll never be able to finish it. It should have ended up with no less than eleven people in it, but I stopped at six, when the render errors got nasty enough to force a reboot. 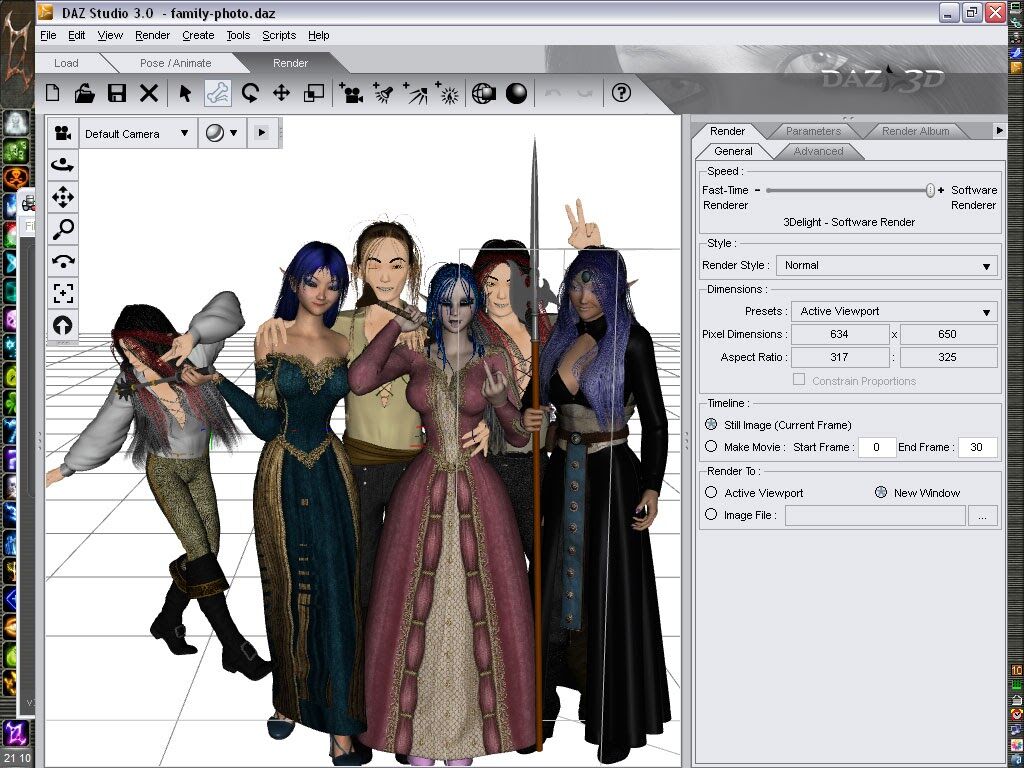