[ Sky – Master Post ]
Title: Viridian Doll Image Dump
Fandom: Sky
Characters: Severen, Lir, Betty
Rating: G-
Warnings: None
Notes: So, after proving that Severen shouldn’t smile, I went about trying to find the angles that made him look good. And then I decided to see how much of the band I could get into one image, before I crashed something. Assuming I can actually open the save file, I’ll have a final version of the band (sans Baron), tomorrow, but right now, I have to go dress up like Arkady and go to my class reunion. 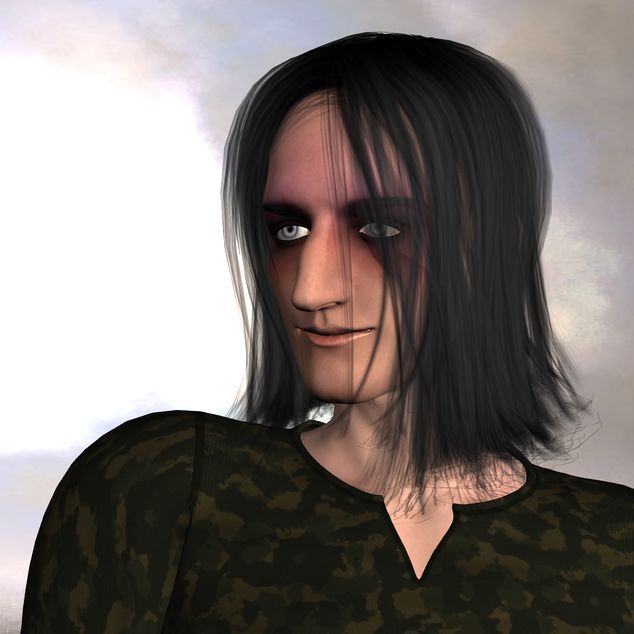 Lighting problems. His eyes are supposed to be medium grey, not light silver. Fixed in later images. 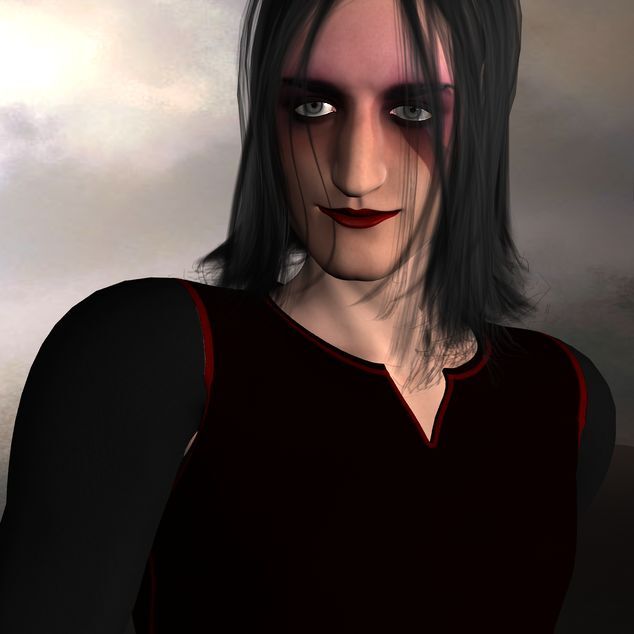 This didn’t come out hideously. 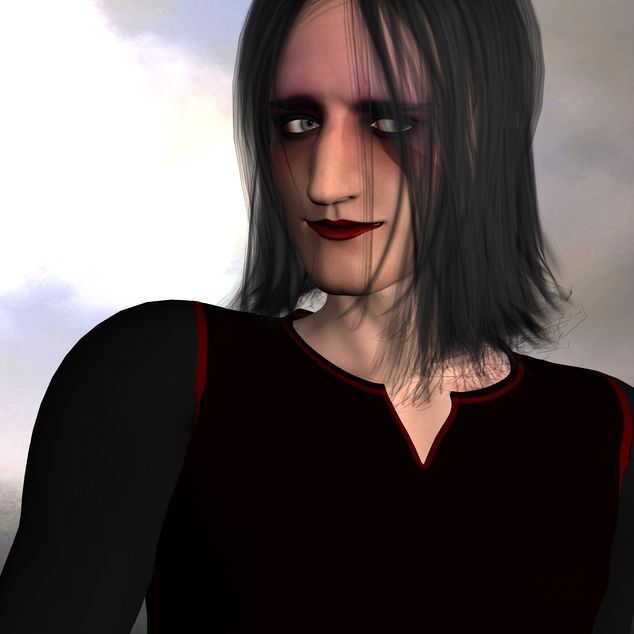 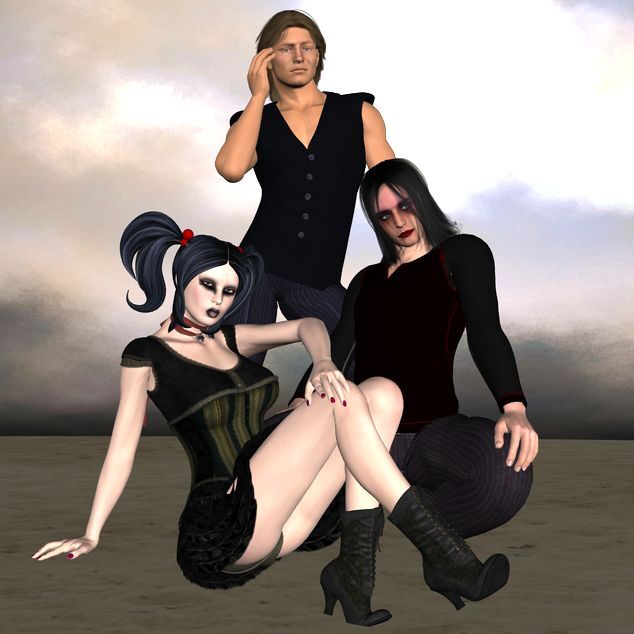 Here’s where I learned that some V4 poses will reset the nose sliders, if you use them on M4. I need to make a nose-fix for Severen. 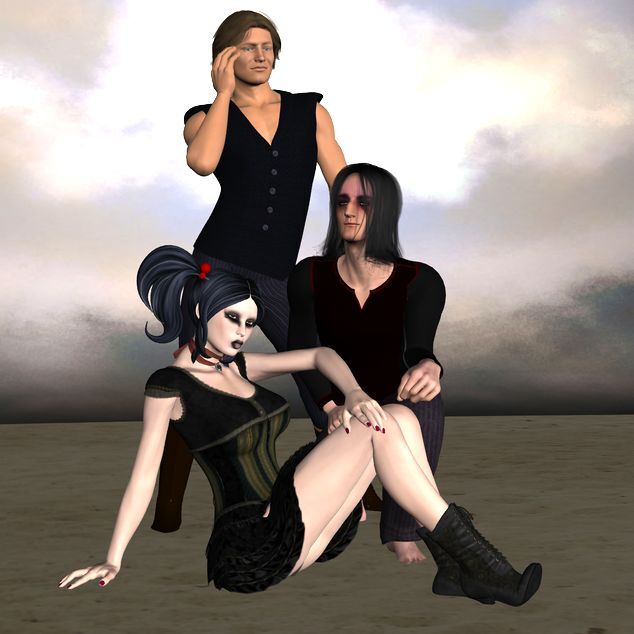 Yeah, Lir’s foot is in, rather than on the ground. Fixed in the final version. 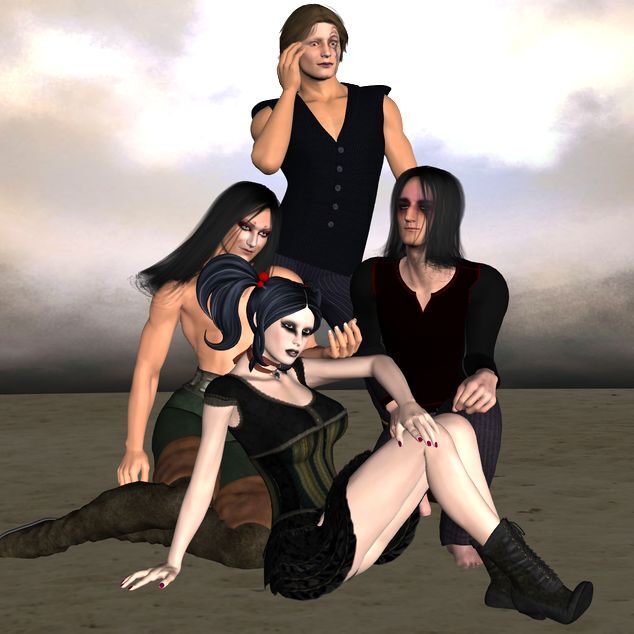