(L0 N3 S0 V0 D0)
Warnings: Nude dudes
Notes: So, I ended up sticking with the title this had in my working folder, which looks a little weird, but I just had this moment, looking at Durand and Frost, together, and comparing to popular depictions of labourers and aristocrats of the last few centuries. Durand, the stonemason, who is burly, tanned, hairy, and scarred (though I think he’s facing the wrong way for the enormous scar on his face to show) beside Frost, fae playboy of one of the royal houses, who is lithe, pale, almost hairless, and unmarked. I have no idea why this time, that’s what stood out, but it did. 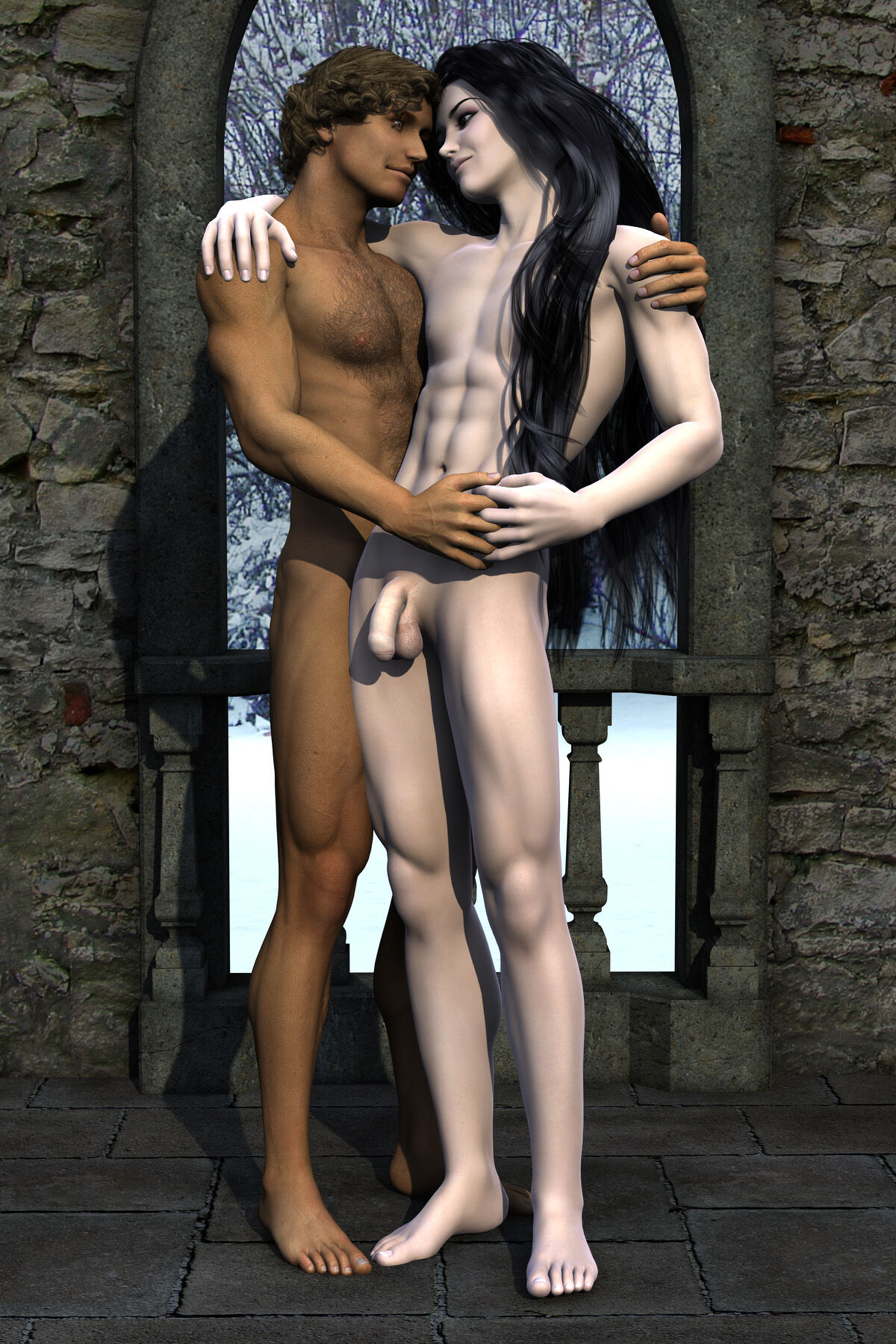