Title: A Chat Between Gentlemen
Fandom: Magelight Chronicles
Characters: Emoric and Durand
Rating: M (L2 N3 S3 V0 D0)
Warnings: Two naked guys taking a walk.
Notes: Durand is not mine. He belongs to the gorgeous boyfiends… one of whom has decided that he should be much fluffier, being a product of his time, and all… Mostly this was just an excuse to put the two naked dead guys together. Emoric’s really proud of his work. Durand missed it by a few decades, and he’s … kind of happy about that. Possibly especially after he watched Frost enthusiastically test the new hardware as it was built. 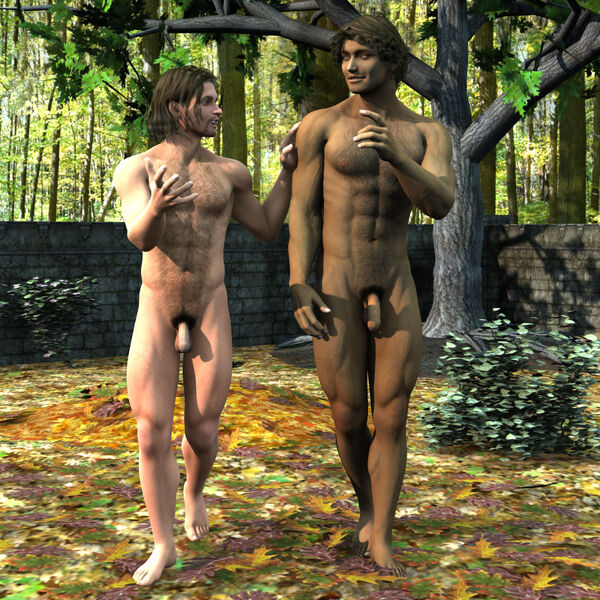 "Did I tell you it’s self-lubricating?" Emoric grinned and patted Durand’s shoulder. "Try it! Frost loves it — especially the vibrating and twisting."

"Yeah, but Em? That’s my arse we’re talking about. It’s not a butter-churn," Durand pointed out, looking entirely unconvinced.