Title: In the Ear
Fandom: RAPTURE (ish. If you squint)
Characters: Jordan, El-Adrel
Rating: E (L0 N4 S4 V0 D0)
Warnings: PHYSICS! AUUUUGH! *coughs* Also, blasphemous strap-on buttsex.
Notes: So, I … threatened? offered? to make something of this brilliantly ridiculous line in Rapture. DJay requested a female angel with a strap-on, rather than my original choice of a hermaphroditic angel. Also, perhaps not so much in the ear as out the ear. I just… physics. And the other option, here, was substantially less appealing to find an angle for. 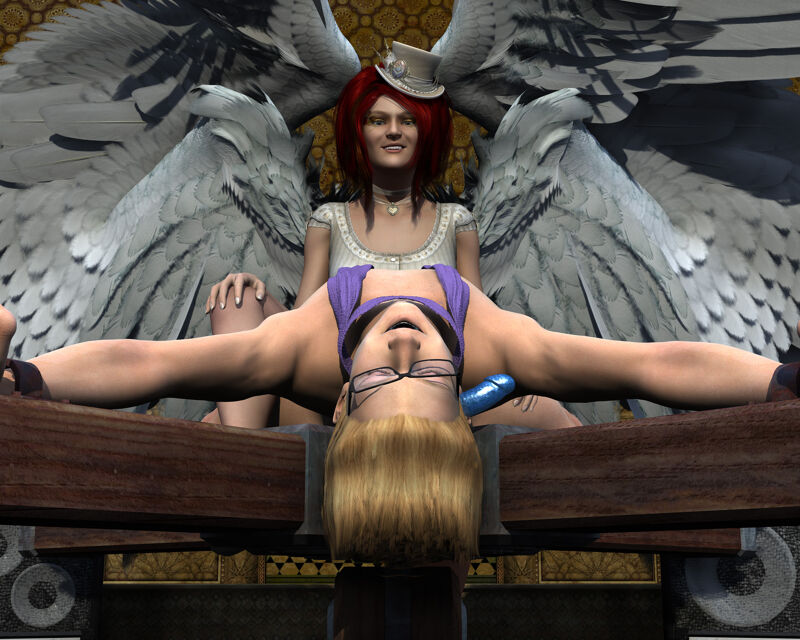 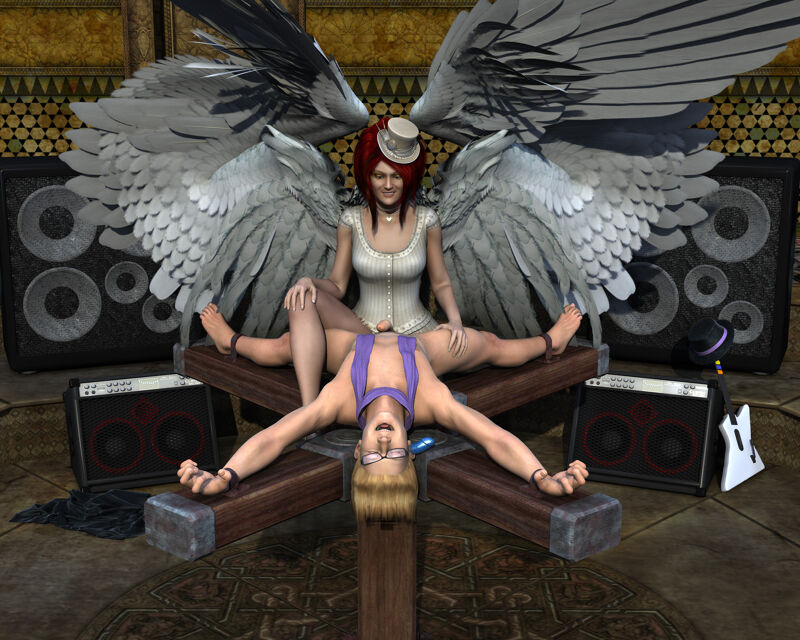 El-Adrel: in Shah, The Secret Lore of Magic, p. 248, a genius (angel) who is invoked to bring the invocant the music of his choice. El-Adrel is mentioned in the Book of Powers.
—Gustav Davidson, A Dictionary of Angels, including the fallen angels

6:11 AM
ItŌĆÖs like being assfucked by a dominant female angel. In the ears.
6:12 AM
Note to self: Figure out how itŌĆÖs possible to be assfucked in the ear.
— OH GOD THE RAPTURE IS BURNING, p.80