Title: Heaven and Nowhere #2/2
Fandom: RAPTURE/Viridian Legacy
Characters: Jordan, Betty, Arkady
Rating:G- (L0 N1 S0 V0 D0)
Warnings: Some skin. Not a whole lot. Experimental haberdashery.
Notes: So, this hat came into my possession. It’s… better. It’s at least a little less bad. Keep throwing hats, and I’ll keep rendering the middle of this scene, until we hit a hat DJay’s happy with. *laughs* Anyway, it’s close enough for me to fill in the blanks in the back. Yeah, there’s some weird shit going on with one particular shadow that’s the same colour as a shard of background. I could have fixed it in post, but I like the illusion of Jordan with a fistful of broken sky. …broken Sky, maybe, with those two… (For those of you who don’t spend much time in my archive, click on the image to make it bigger.) 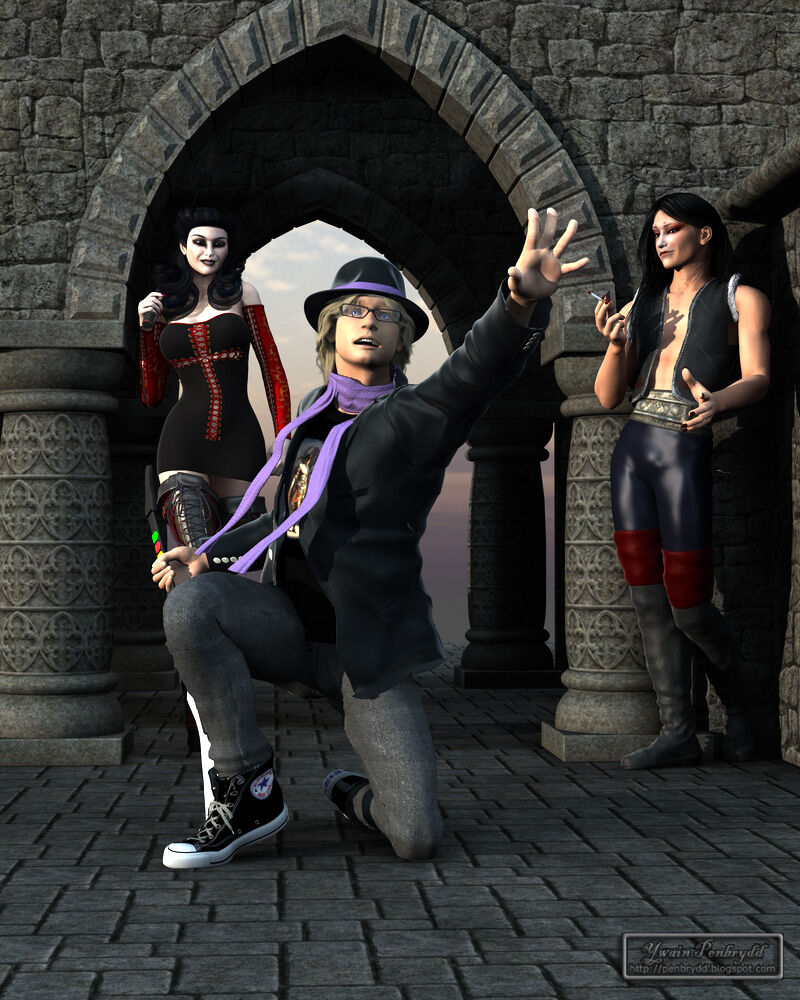