Title: More Like Him Every Day
Fandom: Potterverse
Characters: Lucius Malfoy, Orion Lestrange (OC), Finnegan O’Ruadhain (OC)
Rating: G- (L0 N1 S0 V0 D1)
Warnings: Finney’s not wearing a shirt, there’s some drinking of beer.
Notes: A birthday present for ospreybagman, over on LJ. Orion Lestrange (OC son of Rodolphus and Bellatrix) hanging out in a bar with his … sort of uncles, Lucius Malfoy and Finnegan O’Ruadhain (OC cousin of Rodolphus). I suspect you might have to be familiar with the AU we played in, for any of this to make sense. 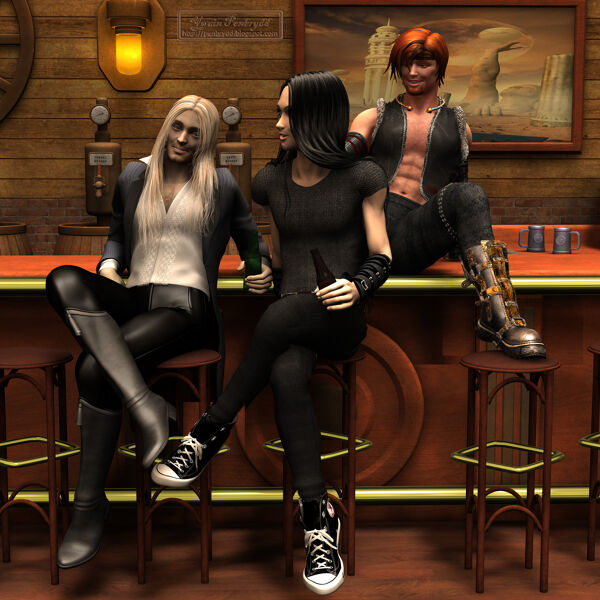 "He gets more like his dad every day, doesn’t he Finney?"

Beer goes everywhere, as Finnegan looks at Lucius, Lucius looks at Finnegan, and one or the other of them manages to choke out ‘dynamite with a laser beam’, before they dissolve into hysterical laughter.Â