Title: Death Eater Image Dump
Fandom: Harry Potter
Characters: Lucius Malfoy ♂, Rodolphus Lestrange♂, Severus Snape♂
Rating: G-
Warnings: Writer is not an artist
Notes: So, after five years of being totally unable to grok DAZ Studio, I found the really obvious button I was missing, and things became comparatively simpler. Most of the images, here, are Sev and Roddy, because I haven’t finished building Lucius. There is one frame of the three of them, from before I really started screwing with the figures. Large images are large, and unsuitable for dialup connections. 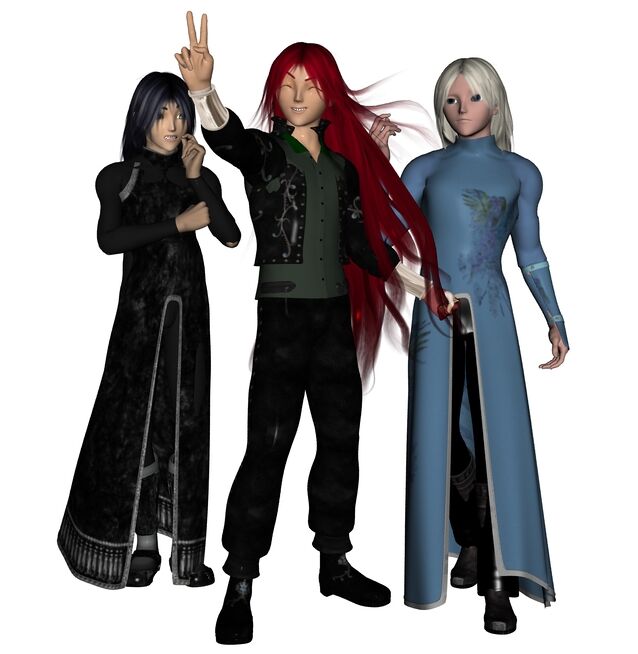 The original image of the Queen and his men. They all still have more or less the default Hiro 3 face, here. SEVERUS HAS NO NOSE. FFFFFF. 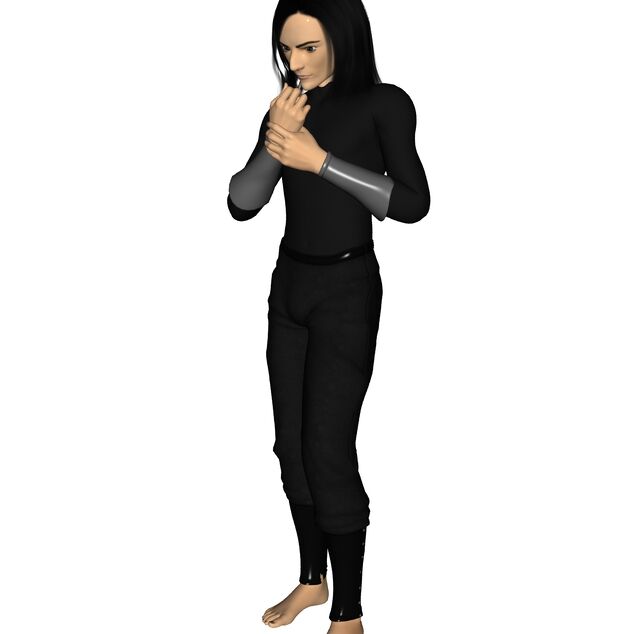 Sev’s nose gets fixed, and most of the rest of his face, too. 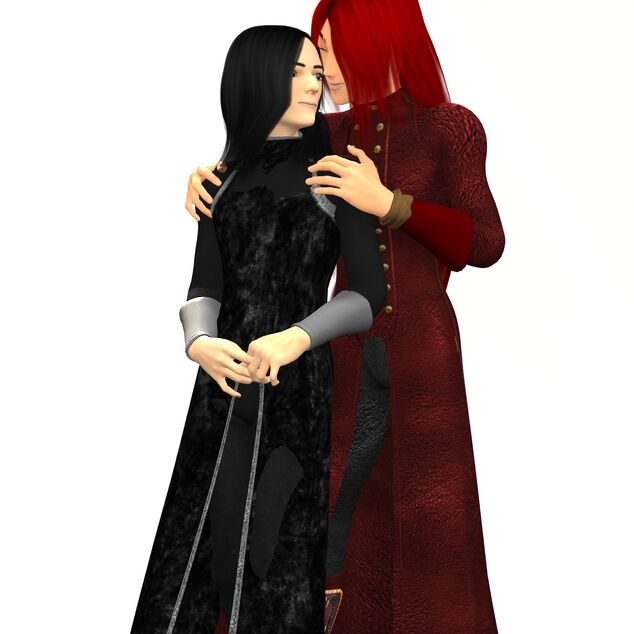 The first round of Roddy and Sev, with the final version of Sev. Mods on Roddy haven’t gotten far, yet, and that’s still more or less the default face. 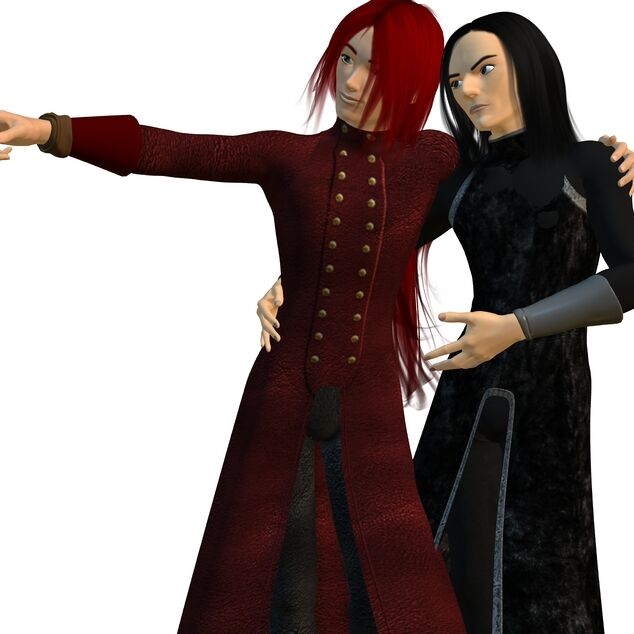 I’m seriously uncertain why the facial expressions are so flat, here, but that’s Roddy’s new face. I’m REALLY UPSET that this hair doesn’t have sliders to move the bangs away from the face. 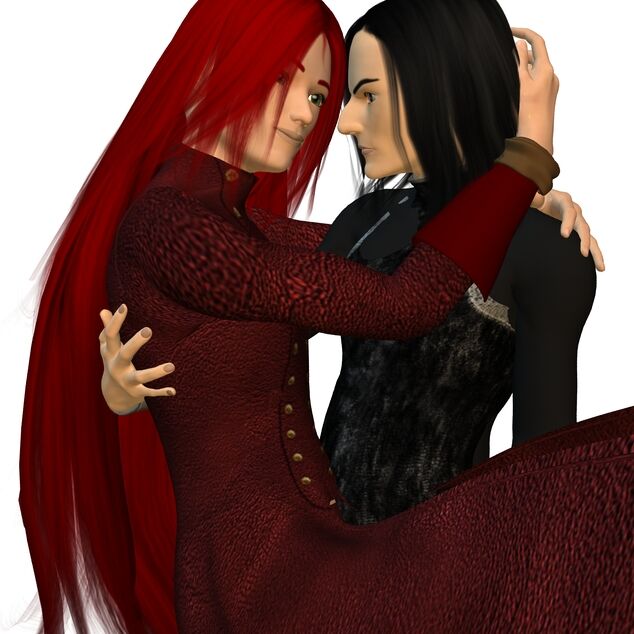 This one came out really well, except for the part where Roddy looks like a girl. Not sure what happened, there, but I’ve got some suspicions…