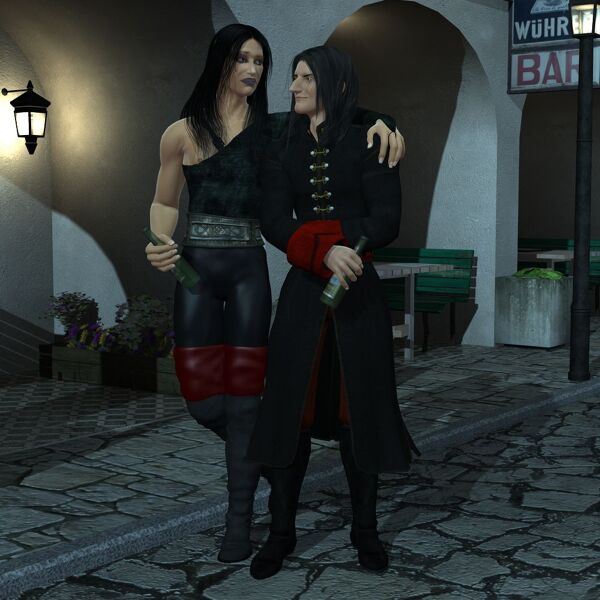 "What? Why? No one would ever believe that." Severen blinked, and a look between amusement and bemusement crept across his face.

"Just look convincing. Maybe she’ll go away." Even with the sweat, Arkady’s face was intact.

"You know this is going to end in a tabloid… ‘Ebony Arkady actually a fag! Has worst taste ever!'" Severen clicked his tongue.