Title: Space Vixen & Bounty-Hunter Tigress
Fandom: N/A
Characters: Test figures
Rating: G- (L0 N1 S0 V0 D0)
Warnings: Bikini top, miniskirt, large gun.
Notes: So, I picked up Furrette and SF Krystal, this past week, and I’ve been screwing around to see what I can do with them. As far as furry humanoids go, I do prefer them, to some degree to the V4 Creature Creator morphs, if only because they’re properly proportioned to themselves and have little pretension toward realism. On the dim side, clothing, even when converted to the figure, is a little iffy. I’m developing a distinct preference toward dynamics, because I can make them fit. 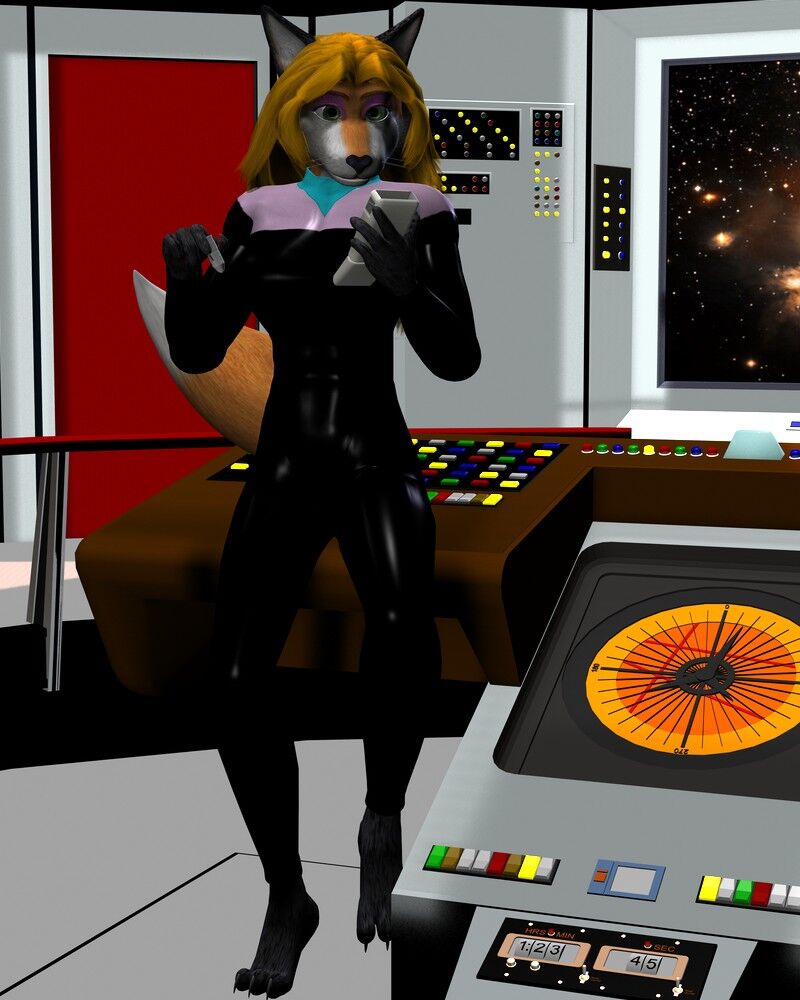 Furrette, Vixen texture, in completely the wrong uniform for that ship… *grins* Also, it’s shiny, because the texture is black in ways it really shouldn’t be, which makes the shiny the only way to give it highlights. 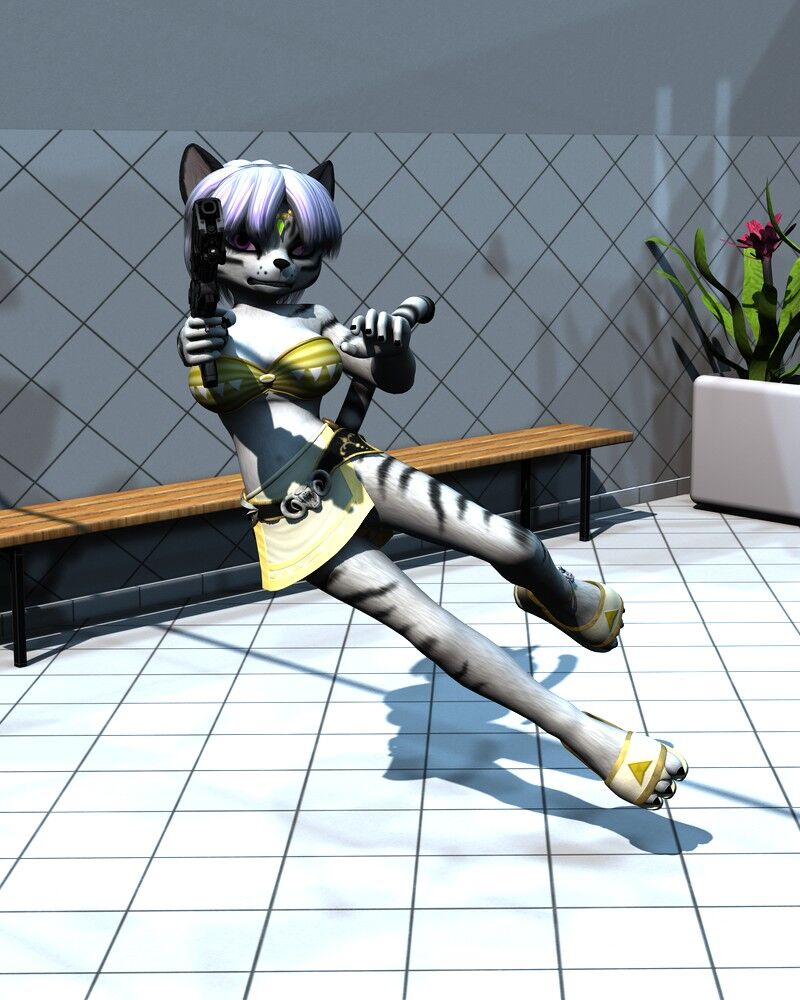 Clothes above originally created for the figure, except the belt. Clothes below are mostly from the V4 Couple of Darkness set, except the top and sandals, which are the same as above. The vest declined to take the necessary morphs to fit the new figure, after conversion. Converting tops for Krystal seems to be hell, but skirts convert quite well, which is more than I can say for previous experiments in skirt conversion… 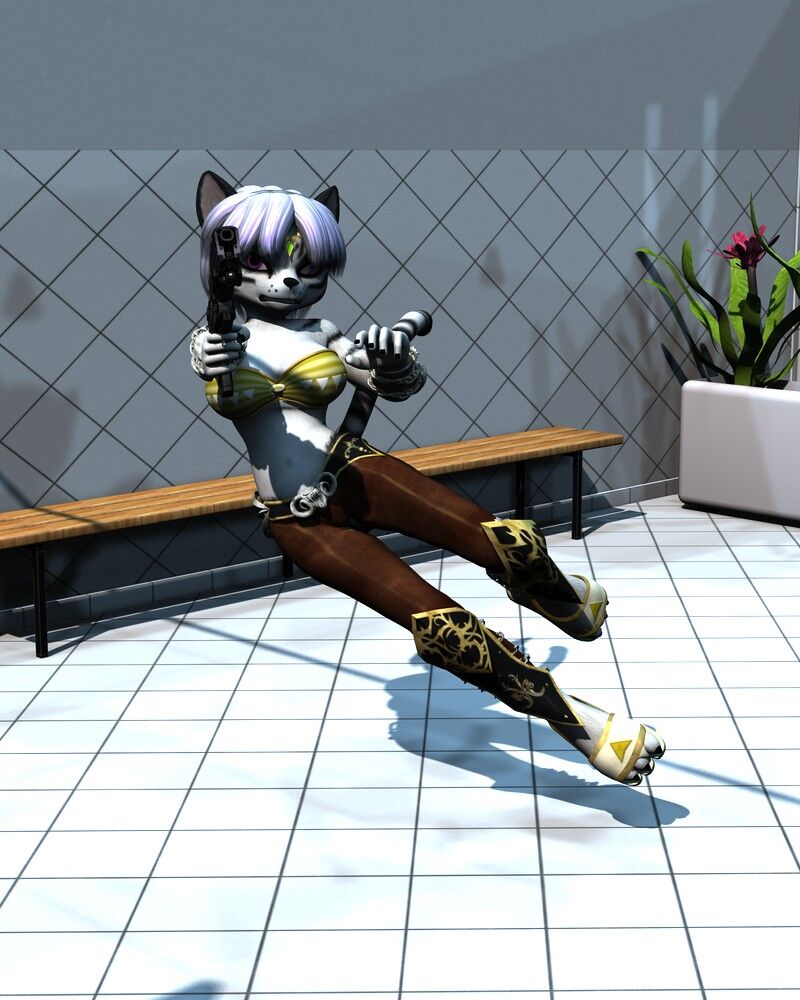