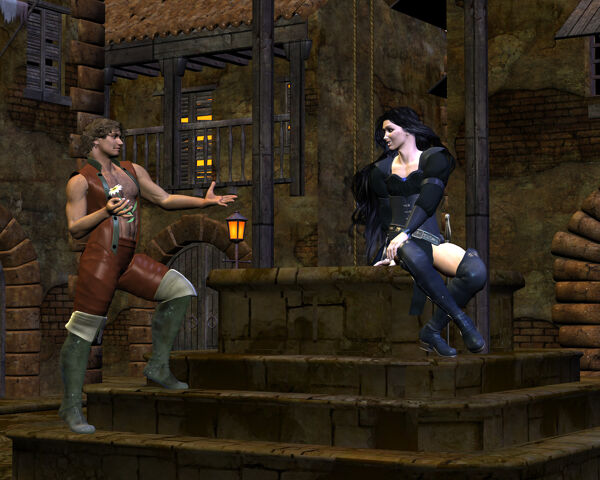 Still slowly recovering all my crap… Found some converted clothes… I can’t remember what the hell I meant to do with Far Journeyer and M4, but Frost looks pretty good with no trousers. The rest of that outfit is Jack of Hearts. I’m pretty sure this is the only time you’ll ever see Frost look … quite that sort of surprised and excited. Took almost as long to design that expression as it did to texture the leather.