Title: Eternally Dystopic
Fandom: Magelight Chronicles
Characters: Margery the Laundress ♀
Rating: G ( L0 N0 S0 V0 D0 )
Warnings: None
Notes: In the original story, Margery was a 17th century laundress, who’d gone blind from a lifetime working with boiling lye. She’d been stolen by the faeries — or more accurately, married into the family — and lived far longer than she might have otherwise, in the London of her time. But, being married to the house necromancer, she hung around after her death, and has tried to embrace the changes in the world around her. This piece puts her in a classic cyberpunk future that is fundamentally the evolution of the world in which she lived. all of this has happened before, and it will all happen again 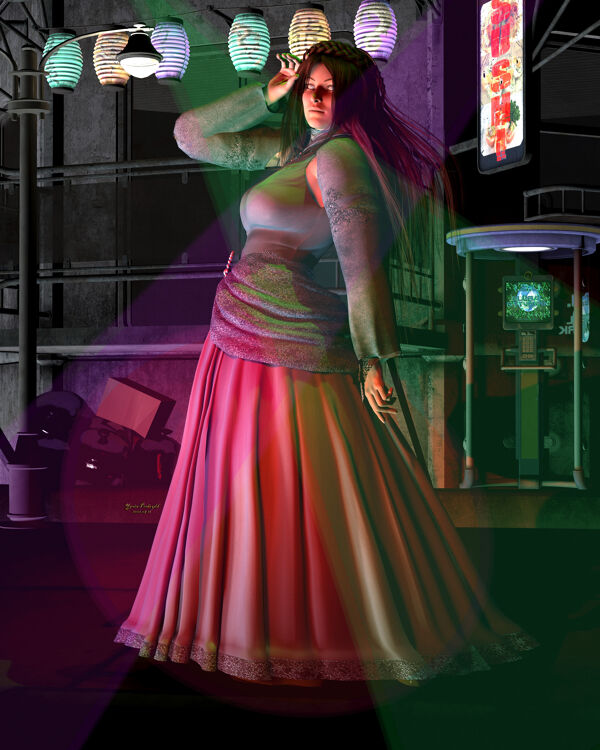