Title: Eleventh Anniversary Revamp, take one
Fandom: Sky
Characters: Arkady ♂
Rating: G ( L0 N0 S0 V0 D0 )
Warnings: None
Notes: So, once upon a time I wrote a book, and it wasn’t a very good book, so we’re not gonna talk about the book. But, 3/4 of the people who actually voted in this month’s poll decided that next month’s Mondays should be characters from that book. Did that many of you even read it? I’m so sorry…

So, I’m trying to straighten out some poor decisions I made when I built these characters the first time, so they’ll actually look good for a change. Or at least not as bad as they did about a billion years ago. Okay, okay, it’s only about eleven. Maybe twelve. No postwork, because this is just a test, so expect some minor glitches.

First up, Ebony Arkady, drummer in our cranky protagonist’s band. Arkady’s often mistaken for the keyboardist’s brother, and he likes it that way. They’re the pretty ones, and he’ll look pretty and harmless, as long as you don’t give him any incentive to open his mouth. 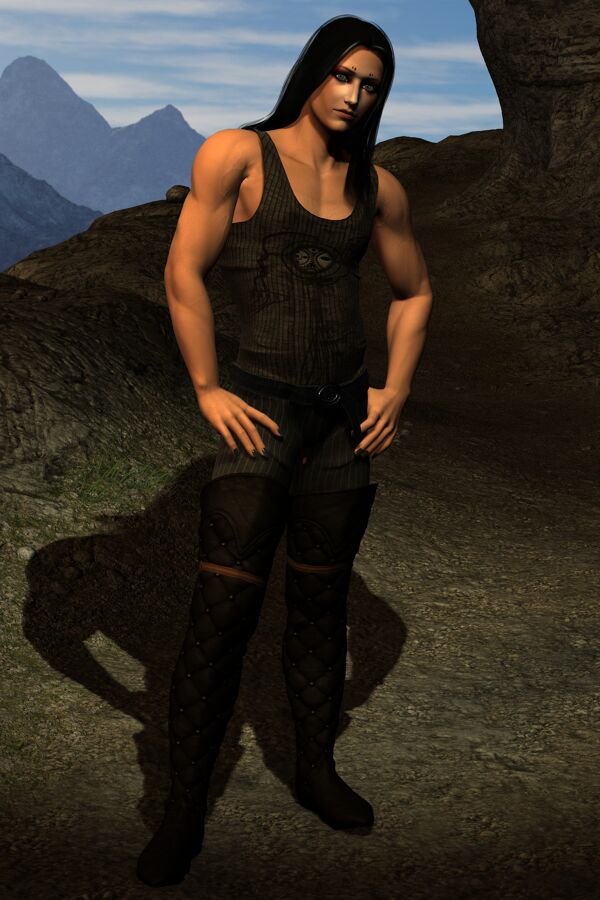