Title: Atom Bomb Bikini
Fandom: Shadow Unit
Characters: Hafidha Gates♀
Rating: G- ( L0 N1 S0 V0 D0 )
Warnings: Two bombshells, one bikini
Notes: I realise that contextually, that was a verb phrase rather than a noun, but I’ve had ‘Pretty Girls Make Graves’ stuck in my head for the last … twenty-nine hours or so, so I’m sticking with it. The rocket garden this was based on actually has yucca and cactus, not palms, but … hey, in a world in which people have fucked up superpowers, the rocket garden can have palms. Whatever, I know, ‘shut up, Ywain’. Hafs. Bombshell and bombshell, take your pick. 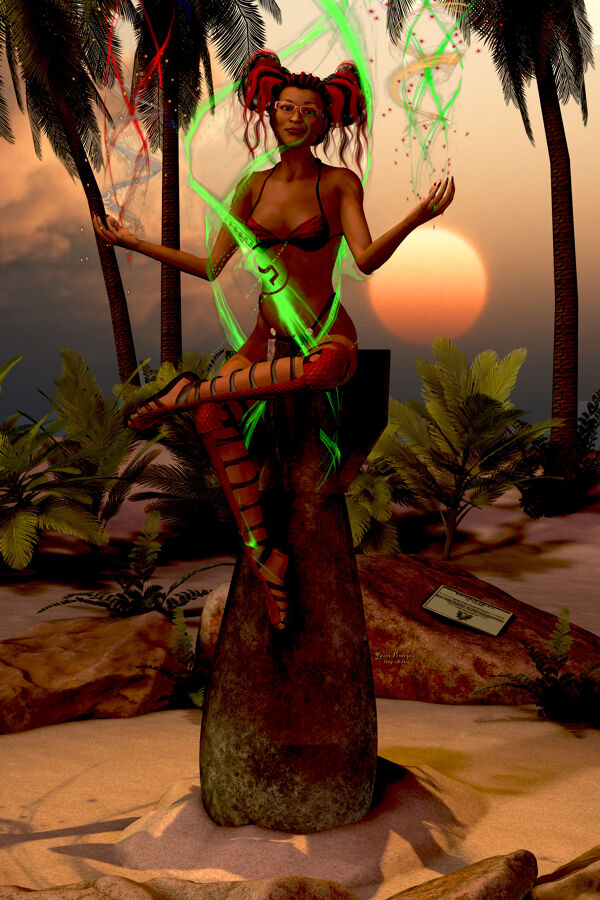