Title: Network Spirit
Fandom: Shadow Unit
Characters: Hafidha ♀
Rating: T ( L0 N2 S0 V0 D0 )
Warnings: Bikini girl, no machine guns
Notes: She’s younger than most of the legends about intelligences hidden in the space between servers, or at least her abilities are. But, those legends shaped her, crafted her, made her their embodiment. And like the fairy queens of even older legends, she’s a dangerous creature, and though her morals exist, they probably aren’t yours. Steam and gears aren’t really within her scope, but they’re occasionally her aesthetic. 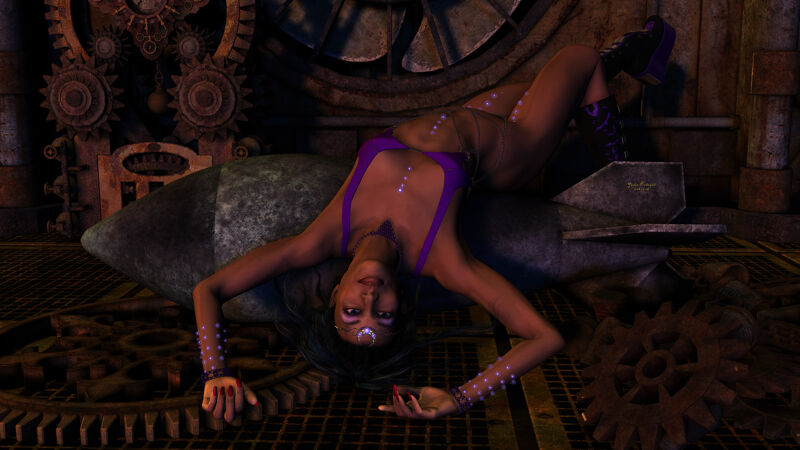