Title: June: Another Round
Fandom: Winter
Characters: Finnegan ♂, Rose ♀, Cathan ♂
Rating: G- (L0 N0 S0 V0 D1)
Warnings: A lot of drinking, in a bar.
Notes: So, there’s supposed to be a beer bottle in Cathan’s hand, but I suddenly can’t get it to render. Like, I waited four hours, and couldn’t get it to clear even a pixel of the glass. (And it’s the same damn shader as bottle that Rose is holding, too…) Seeing as it took me fourteen hours to render Rose and the rest of the glassware, I might just pick a different shader or reposition his hand without the bottle. So, yeah. This isn’t final, it’s missing one prop, which I can edit in, later. Still, I do like the look of it. 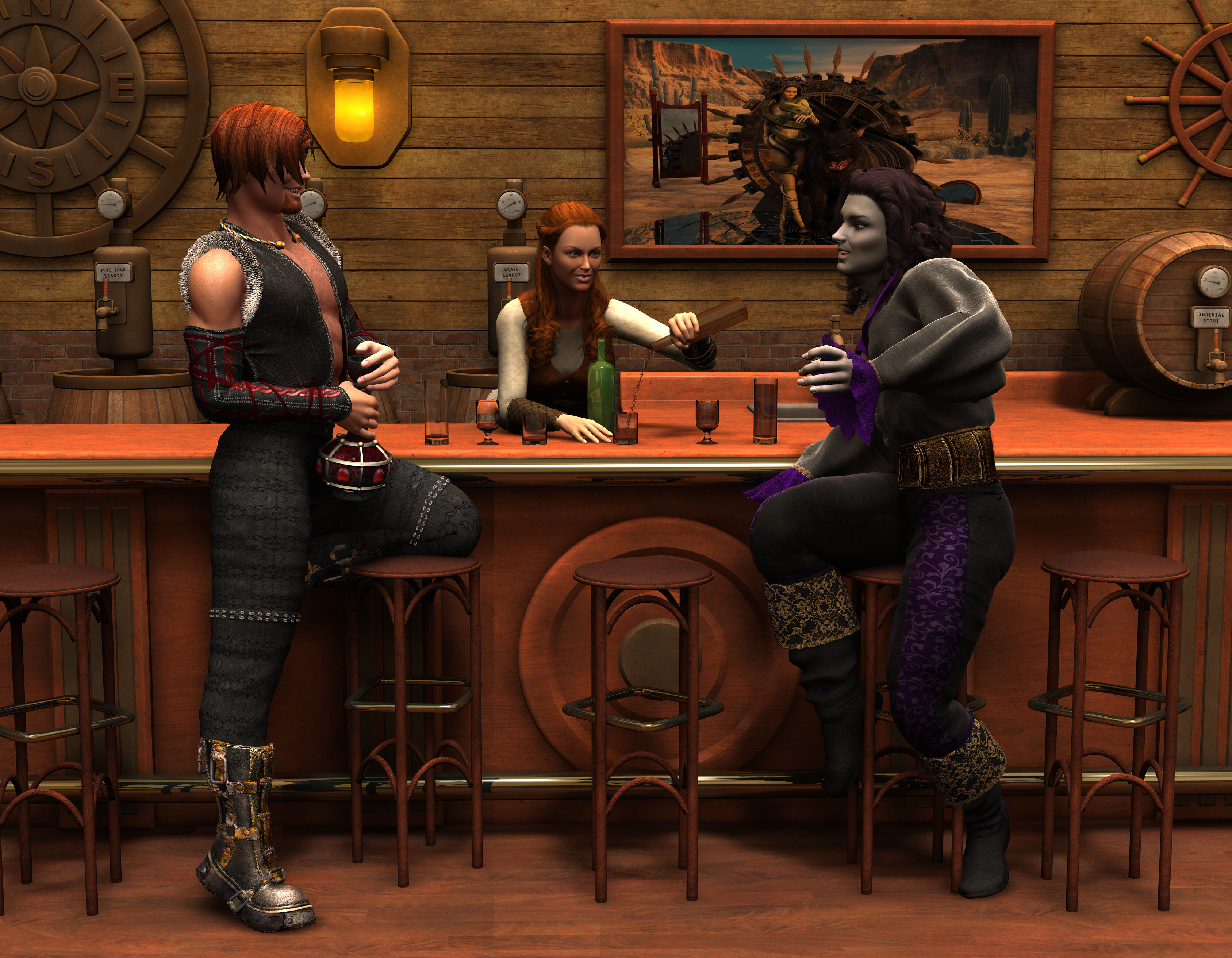