ekaterin24 had a birthday, a couple days ago, and I’ve just now finished her present. There are two versions of the scene, a closeup of the discussion and a broader view of the Vulcan holy place I made out of spare parts. 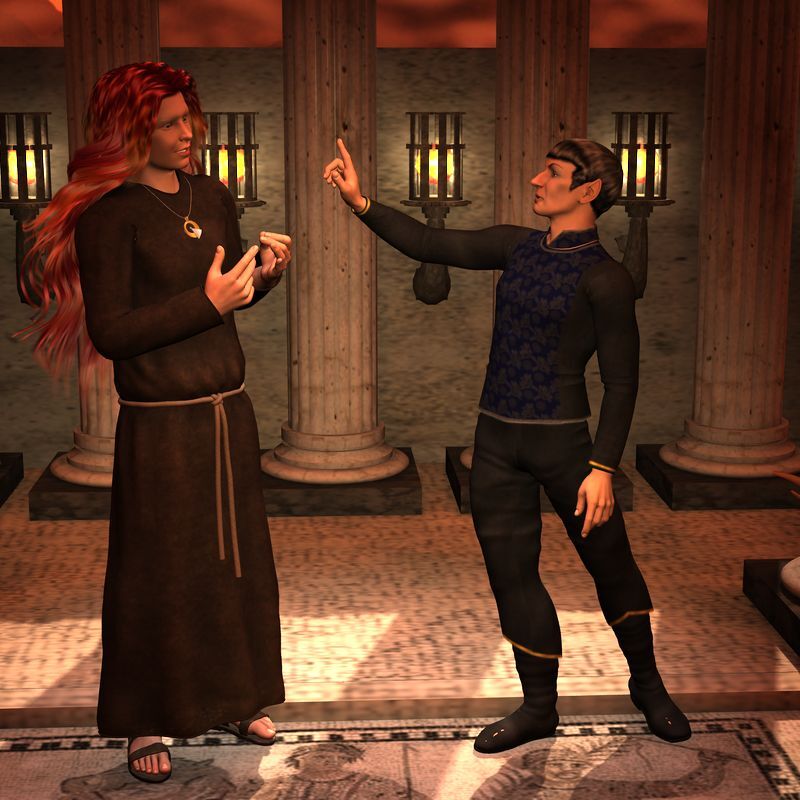 "You speak the language quite poorly," Spock pointed out, in Standard. "However, I will investigate your claims, before I pass judgement. I am an astrophysicist, not an educational psychologist." The corner of his mouth twitched, as he appropriated the doctor’s favourite turn of phrase.

"I think you’re buying the first round, when we get off this mountain." Sin stopped just short of smug.Â  "And it’s my fourth language. I’m allowed to speak it poorly." 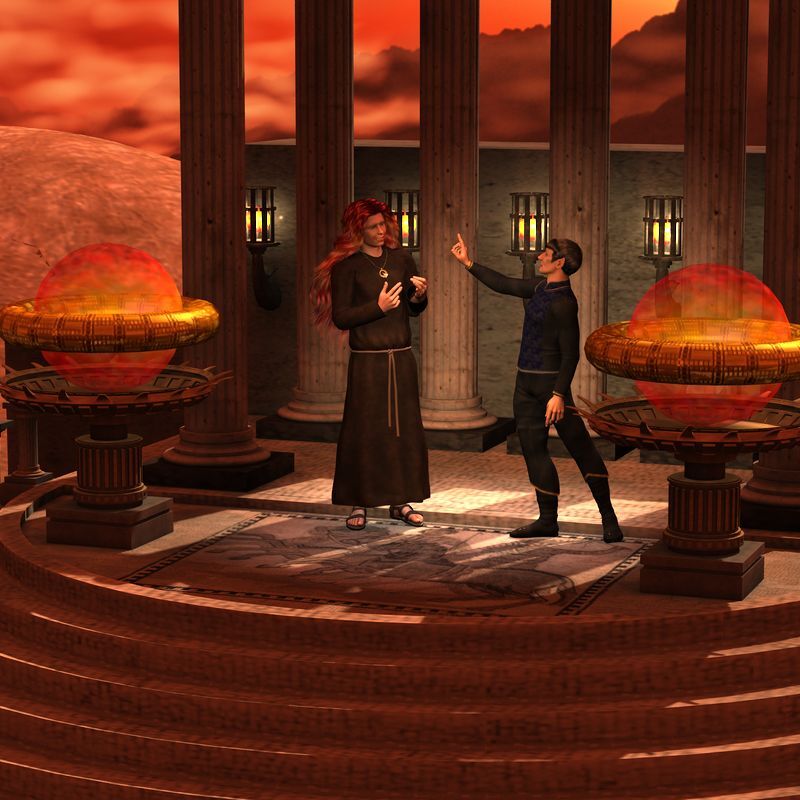