Title: The Scholar and The Huntress
Fandom: Dragon Age
Characters: Valery de Serault ♂, Victorine de Serault ♀
Rating: G- ( L0 N1 S0 V0 D0 )
Warnings: A long v-neck with cleavage
Notes: So, there’s mentions of Val’s sister in Petty Crown, and she was supposed to become a character in Assquisition. But, like… other than being the last living member of the Noble House of Serault, there’s… nothing about the Huntress. So, here’s a test shot of her with Val. 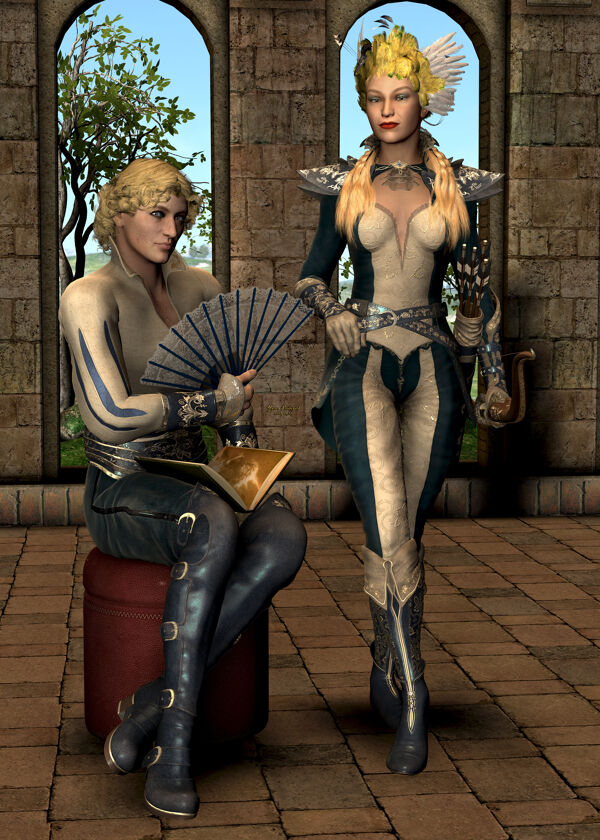