Title: Getting Ready to Go Out
Fandom: Magelight Chronicles
Characters: Morningstar ♂
Rating: G- ( L0 N1 S0 V2 D0 )
Warnings: There’s blood, but nobody bleeding
Notes: For some reason, y’all nutters decided you wanted Aurelio’s sibling-cousins as extras, this month, so let me introduce Morny, as his sibling-cousins call him. When he was nameless, he was called one or another local words for a bat with nails through it, culminating in ‘Morningstar’ (one of the few clerical weapons that’ll leave you bloody!) He prefers Kurt, these days.

He’s half redcap, soaks his hair in blood, eats raw meat, and has multiple rows of teeth, like a shark (which… does not come through in this image). But, you know, just a dude. Doin’ dude things. Like keeping goats and hunting deer barehanded. 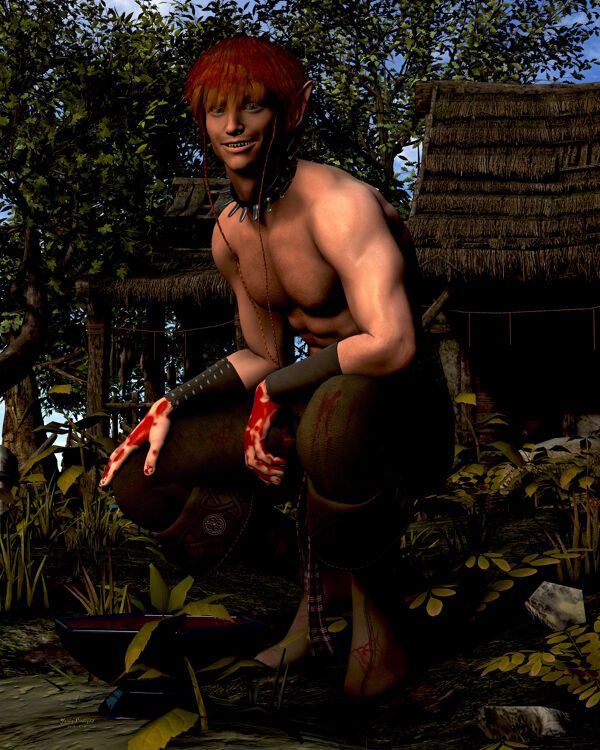