Title: Don’t Let the Hammer Fool You
Fandom: Magelight Chronicles
Characters: Emoric ♂
Rating: G ( L0 N0 S0 V0 D0 )
Warnings: None
Notes: Ladles and jellyspoons, another face I haven’t worked with in a Long Ass Time, Emoric, who is not, in fact, a smith, but can’t pass up the occasional pose with a big hammer. I swear it’s just because he’s short. Emoric’s more into cast bronze. Makes an inordinate number of gears and then assembles them into bizarre steam-powered contraptions and puzzleboxes. He is also, in most parts of the story he appears in, a ghost and thus stuck talking to the necromancer in the party. 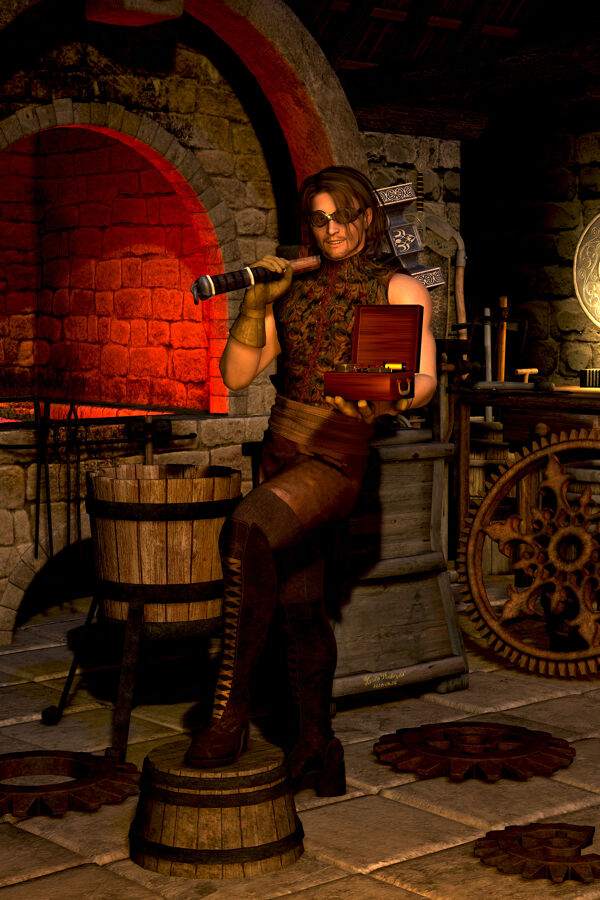