Title: The Temptation of Invention
Fandom: Nicholas Darby: Raver Messiah
Characters: Nico ♂, Belphegor ♀
Rating: G- ( L0 N1 S0 V0 D0 )
Warnings: A lot of leg and some cleavage
Notes: Nico and Peggy, because I haven’t done anything with them in a while, and this venture firmly reminded me why. I really need to rework both their skins… *groans pitifully* But, Peggy’s proposing yet another wild invention, and Nico’s not sure he approves, yet. Yes, for anyone following that series, that’s the incarnation of Christ and one of the multitude of summoned forms of the demon Belphegor, Lord of Licentiousness and Invention. 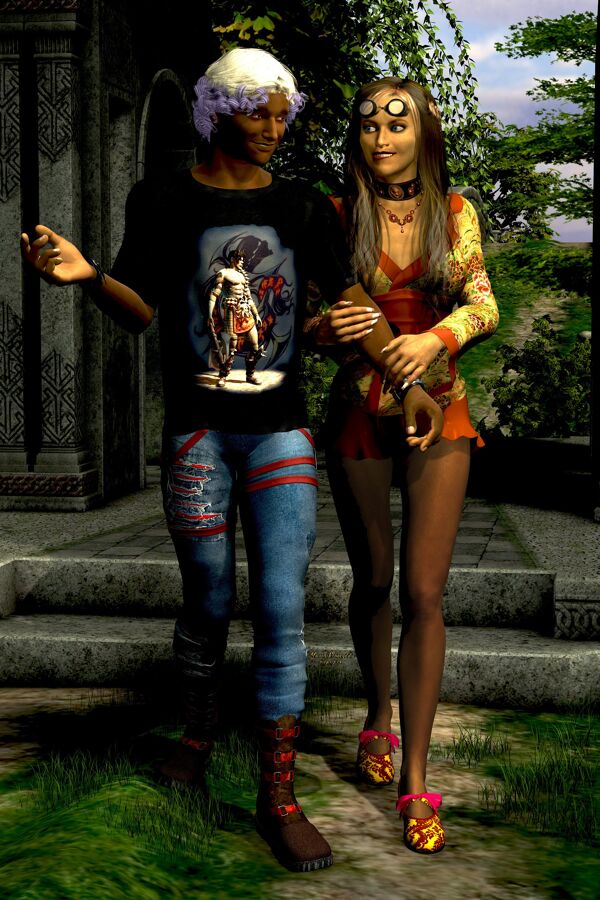