Title: Val de Serault – Test
Fandom: Dragon Age
Characters: Val de Serault ♂
Rating: M (L0 N3 S0 V0 D1)
Warnings: Fashion and nudity in a tavern
Notes: So, I was shitting around doing clothing tests on Val, because I also wanted to do some work on his skin (because I have Val before the deep roads, but not after that Emissary nailed him in the face) when I also realised Iâ€™d never done him with no makeup. So, this set also includes Val in his underwear without his face on. (Yeah, he wears a corset so no one will figure out heâ€™s gotten a little thicker in the middle than he was at twenty-five.) 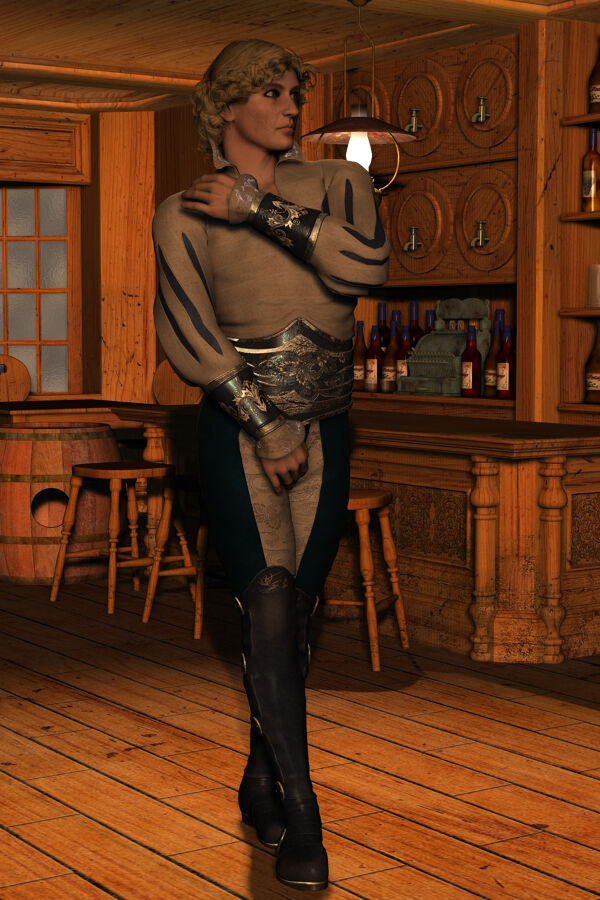 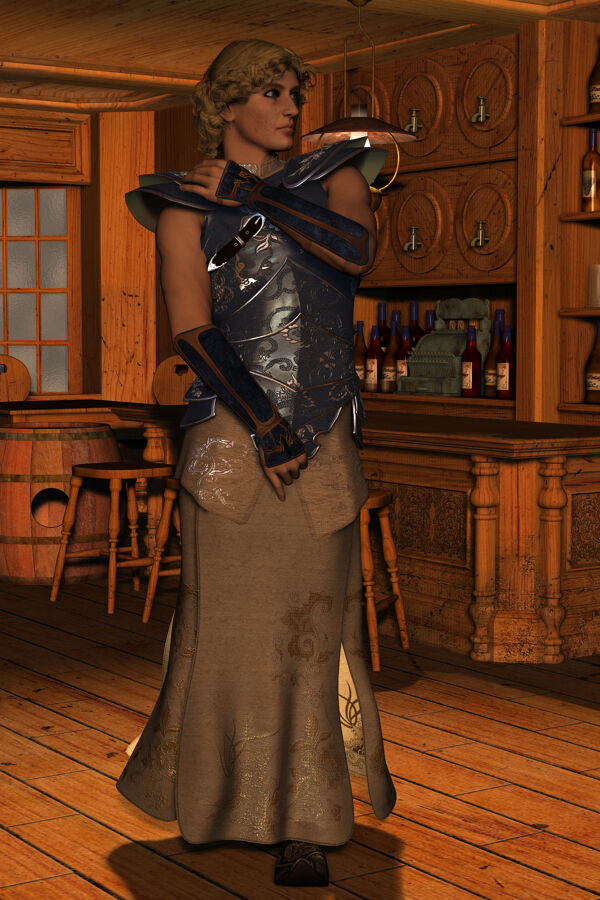 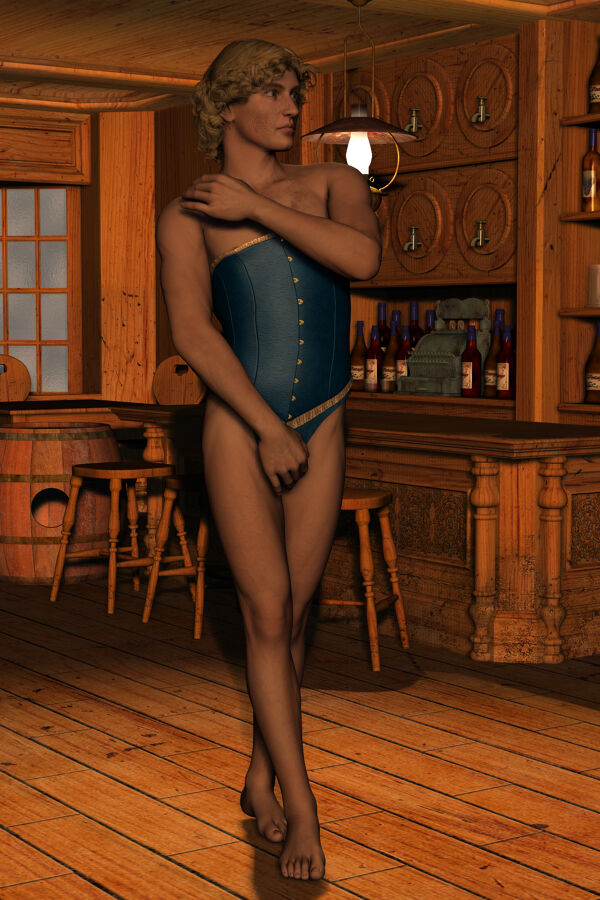