Title: Christmas Doodle – A Quick Bout
Fandom: Dragon Age
Characters: Val de Serault ♂, Leofric ♂
Rating: G- (L0 N1 S0 V1 D0)
Warnings: Shirtless staff fight
Notes: Val’s smart, in the most useless ways, despite accusations to the contrary, but Leofric’s far more sensible and much better in a fight. The crack of wood on stone and mad cackling up and down the halls was not uncommon in warmer months, as Val continued to get better at dodging and mercilessly taunting his best friend. (No postwork because this is the 30th image in 25 days, and I don’t give a shit right now.) 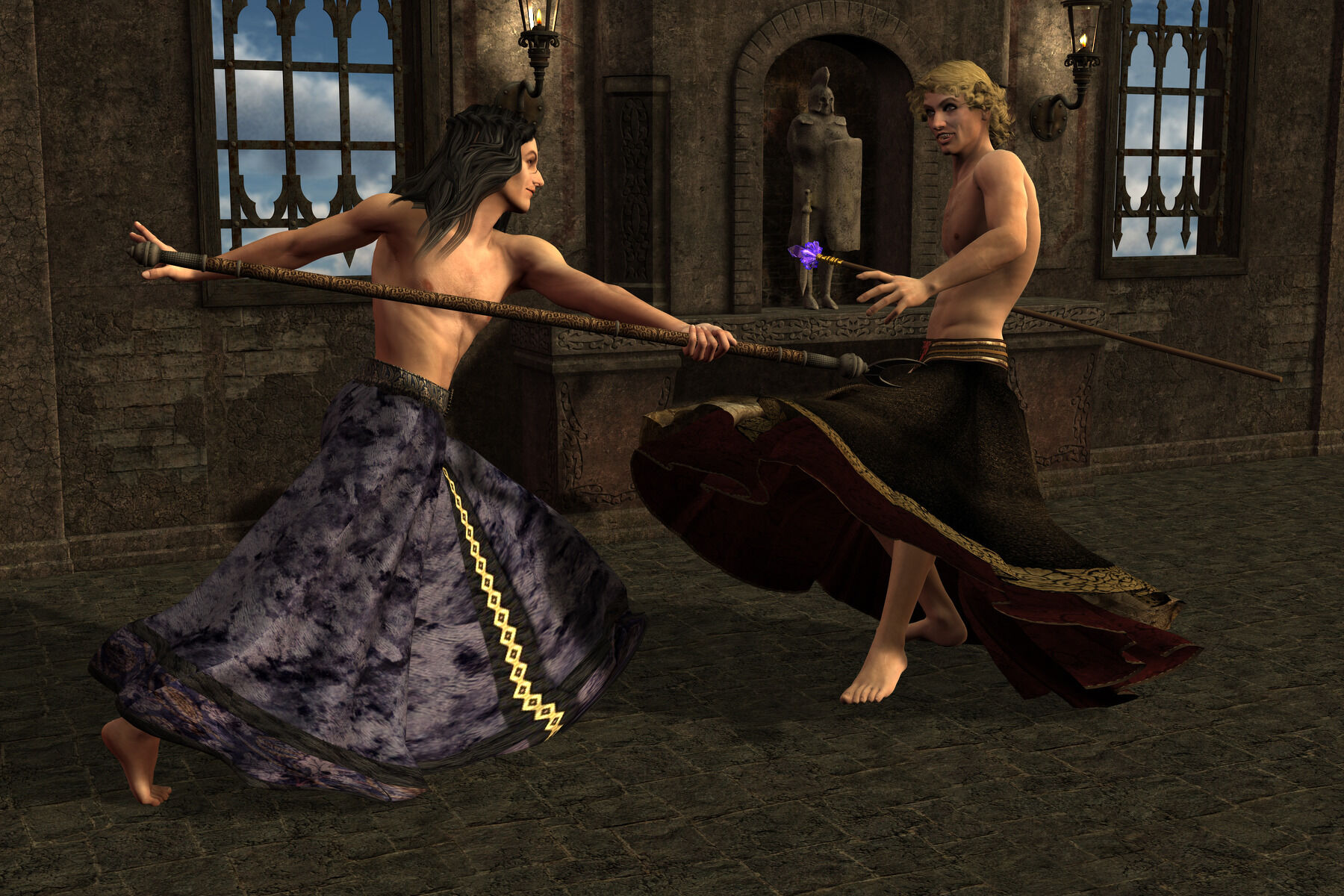