Title: The Western Queen
Fandom: Nicoverse
Characters: Lilith ♀
Rating: T (L0 N2 S0 V0 D0)
Warnings: Naked lady
Notes: So, yeah, the text says ‘magi from the east’, and doesn’t specify the number, but tradition holds there were three, and later tradition holds that the one who bore myrrh, likely in the form of an oil, was East African, which is west of both Bethlehems. I might dispute the ‘kings’ part… 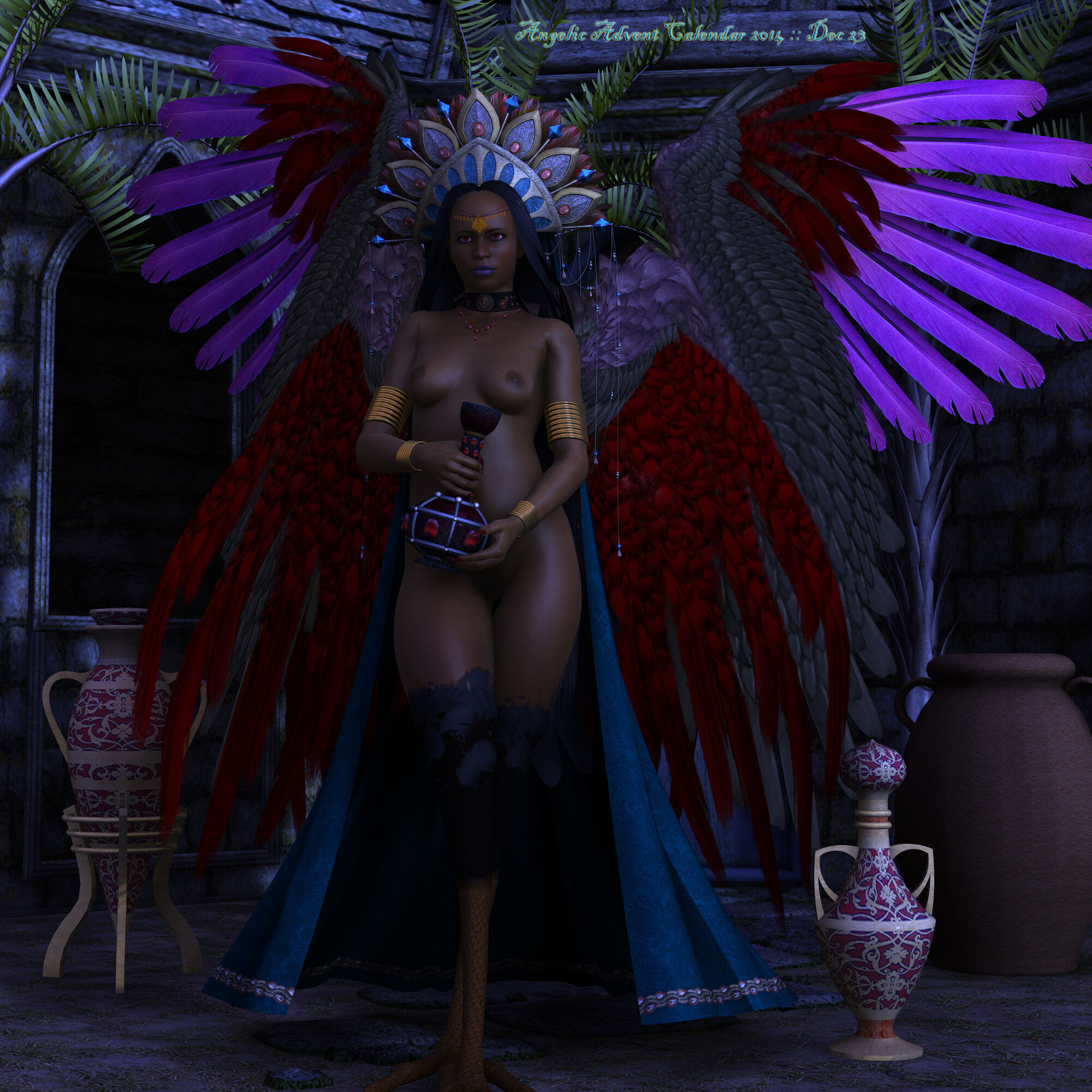