Title: Dragon Gossip
Fandom: Magelight
Characters: Frost, a small dragon
Rating: G- (L0 N1 S0 V0 D0)
Warnings: Shirtless dude
Notes: I dunno. Just got this into my head, and then it happened. Frost standing on the bridge, gazing out across whatever the hell is over there, when he hears the wings behind him and half-turns to catch the dragon on his arm. "What did she say?" "Well, you know what Moira’s like… And then Sheila had to get involved…" The look on that dragon’s face. You know that’s what’s going on here. 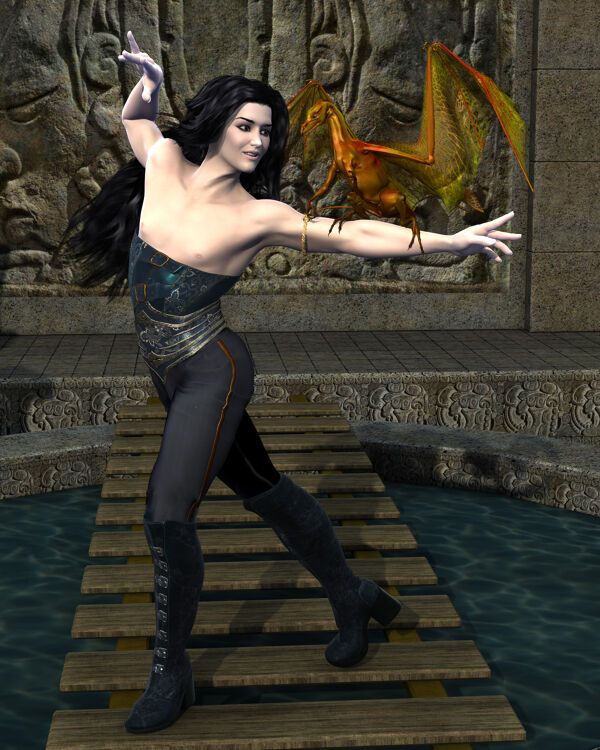