Title: Approximately Mom-thirty
Fandom: Viridian Legacy
Characters: Elena♀, Rochelle♀, Miguel ♂
Rating: G (L0 N0 S0 V0 D0)
Warnings: Small children
Notes: So, not a lot of kids in my work, usually, but Elena has two, so I had to sort of guess what kids around that age look like. Rochelle and Miguel won’t appear often, but you know, flavour. Background. Fun fact: when Elena wants both of them, she just shouts ‘El’, and the two of them come running. I anticipate some hilarious comments from Sebastian, on the subject, at some point. Oh, I think Rochelle is supposed to be seven, here, and Miguel should be five? I don’t look at kids. I don’t know kids. Somebody tell me if that’s anything like right? I think Rochelle might look a little young.

I have no earthly idea what this kid is talking about, but I suspect it’s one of those rambling half-sensical things that come out of small children. 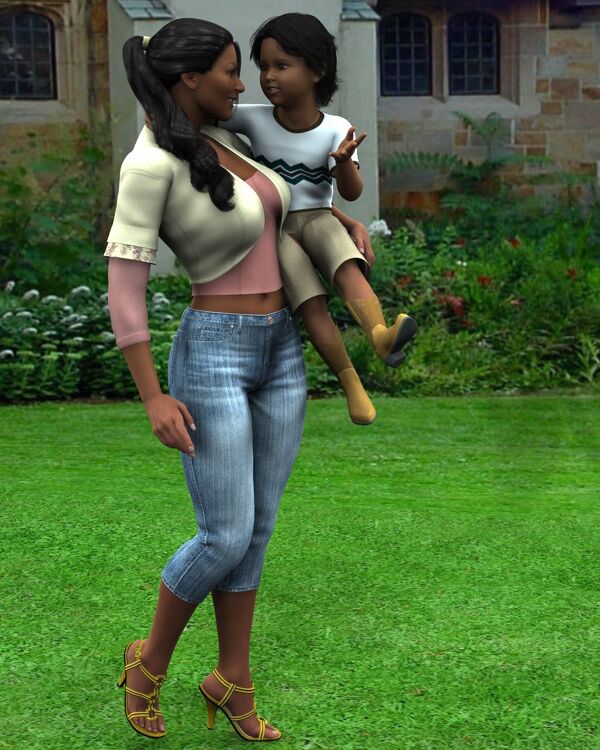 I just have the sense Rochelle’s telling her mum all about this magic rock, and how it will keep the evil wizards away.

"Really? Can I have it? We’ll put it on the table, and keep the evil wizards away from the whole house!"
"You have to be careful with it, mom. It’s super powerful."

In that way that kids say shit like that… 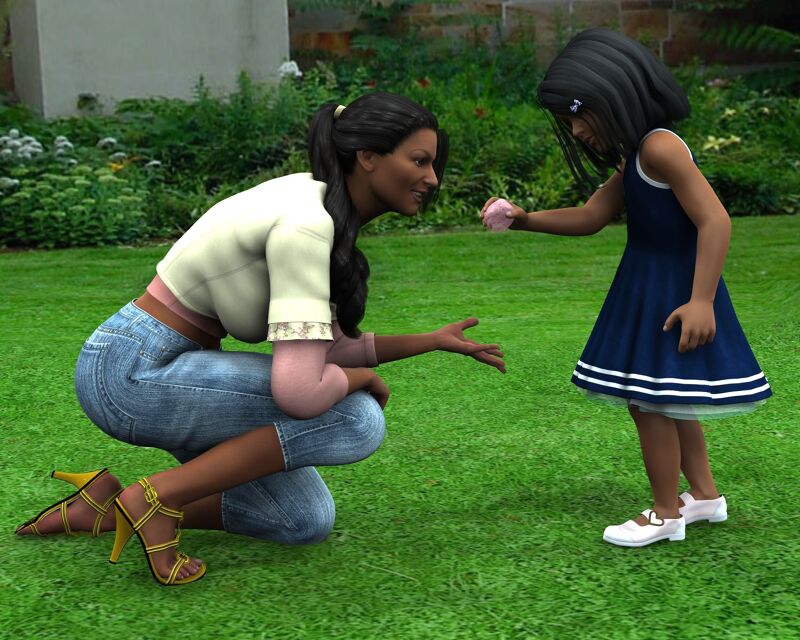