Title: Set: Freehold Kitchen
Fandom: Winter
Characters: N/A
Rating: G (L0 N0 S0 V0 D0)
Warnings: Wonky reflections. Weird shadows. No postwork.
Notes: So, they say that when one is a writer, one learns many, many things that are totally useless to one’s life outside the story. I return this proposition: when one engages in building a world with internally-consistent parameters, one learns a whole lot of totally useless shit. Anyway, a few different angles of the room, with no characters, below the cut, along with a whole lot of ranting. 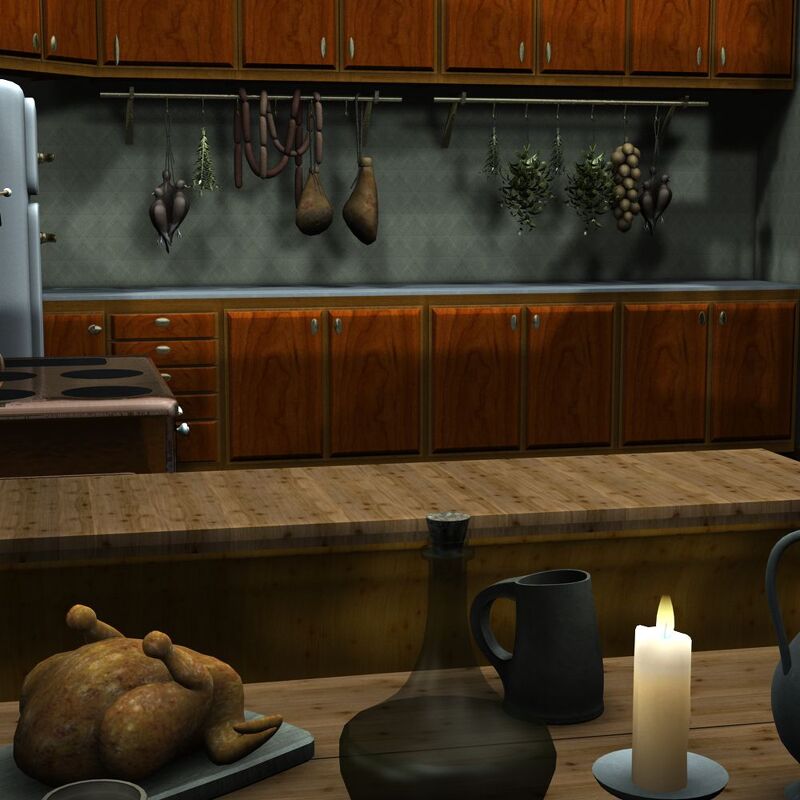 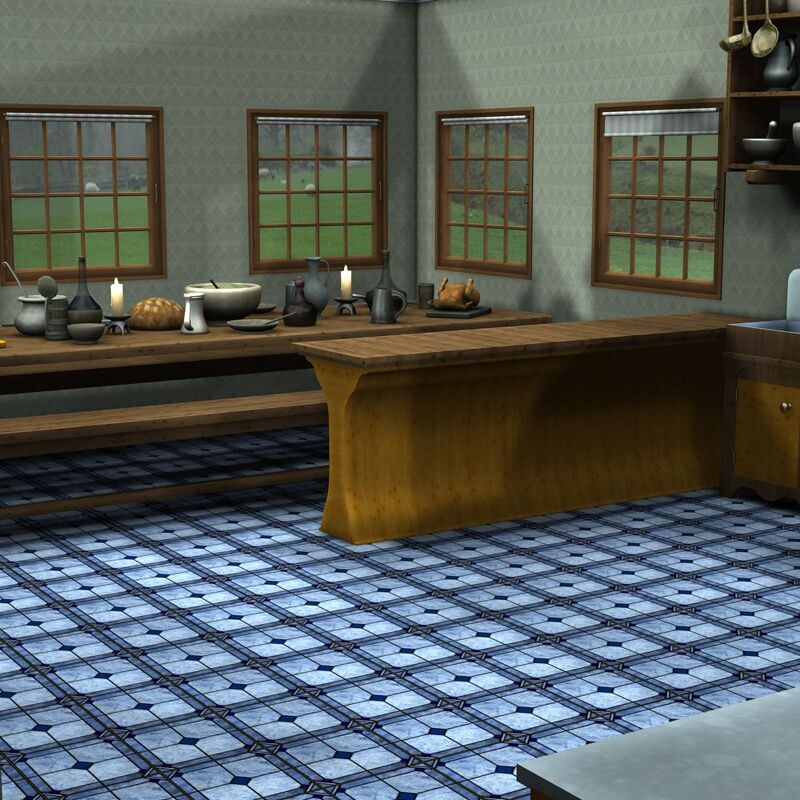 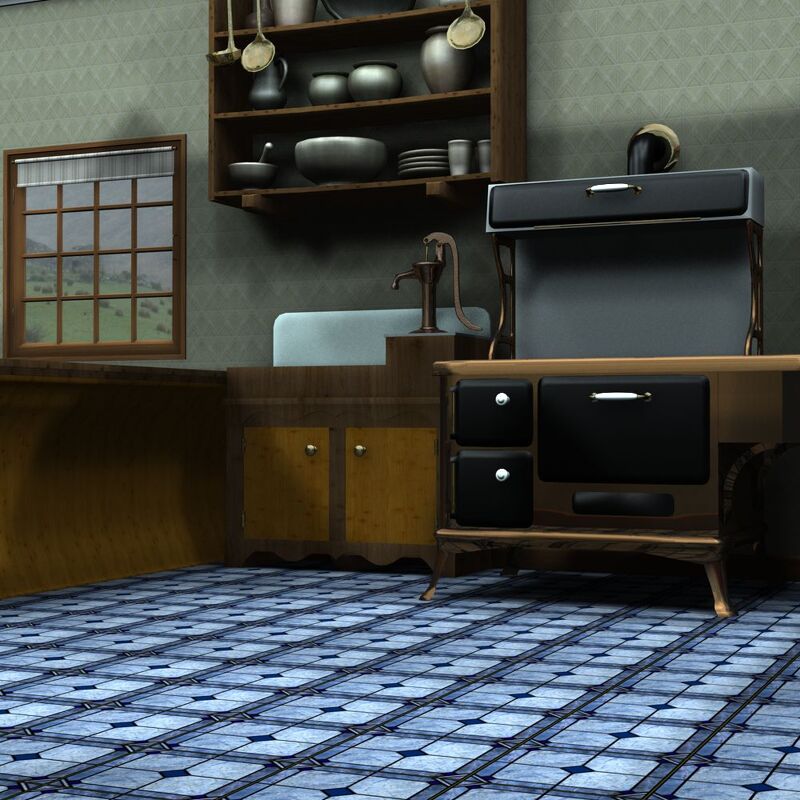 Building, for example, a kitchen in something like the Edwardian style*, around characters who cannot touch iron, is a pain in the ass. You never realise how many appliances and bits of kitchenware have iron or other ferrous materials in them, until you’re actively trying to avoid the metal. I went with bismuth-bronze, by the way, for most things. It was popular for kitchenware and mirrors for a number of years, but fell out of use in the early 20th century. There’s a particular blend I liked that’s faintly pinkish, as opposed to the usual yellowy-brown. There’s also some lovely black porcelain on the outside of the oven doors. I had to go with a coal-burning stove, because I couldn’t find a peat stove, but the designs are sufficiently similar that I really doubt anyone’s going to notice.

YES. I’M TALKING ABOUT COLOUR AND KITCHEN IMPLEMENTS. IF YOU HAVE EVER SEEN MY KITCHEN, YOU KNOW WHY.

I kind of need to make a displacement map for the tile, because without one, it looks like linoleum. Also, weird shadows in the corners are caused by the lighting method, and can absolutely be corrected in post, with minimal effort. I ain’t even worried about that.

* A kitchen that was originally constructed in the 1600s and has had partial remodels, every once in a while, with the latest set of cabinetry installed in the 1970s, and the appliances last updated somewhere in the vicinity of 1912. This is also only one of two kitchens, the larger one being three-sided and away from the house a bit, to allow for dissipation of the massive amounts of heat from the stone ovens and the cauldron fire, and to allow more immediate access to the outdoor roasting pits. This is what happens when ‘dinner for sixty’ becomes a fairly normal occurrence, after the house is built. Yes, there is a MASSIVE backstory, here, that actually covers like 400 years of history and involves Restoration-era England, the ongoing fight for Irish independence, and one man exiled from his own country three times before he gave up and told them where they could stick it.