Title: He Remembered His Sword
Fandom: (That picturebook I’m working on that hasn’t got a title, yet)
Characters:

Malachai Schade
Rating: G- (L0 N1 S0 V0 D0)
Warnings: Shirtless dude swinging a sword at a hay bale.
Notes: I said I was doing this… It’s not the first page, it’ll be the second or third. I’ve just spent most of a week trying to wrap my head around British fashion from about 2000 years ago, and yes, I will be doing some half-assed pop-culture interpretation of that, because holy crap, do you have any idea how hard it is to find decent 3D representations of actual historical clothing from an unpopular time and place? Also, woad. Because I like the way it looks. No postwork. There’s a couple places where I’m a little unsure about angles and textures, but I think the lighting’s pretty good. The whole first part of the book is pretty much going to be overcast or moderately cloudy, because time and place. First person who tells me his name is inappropriate to the time and place is getting told to shut up and buy the fucking book, because seriously, it’s ALL EXPLAINED IN THE TEXT. Also, book has no name yet, which will lead to tag headaches, later, and a crippling lack of a master post, for a while. 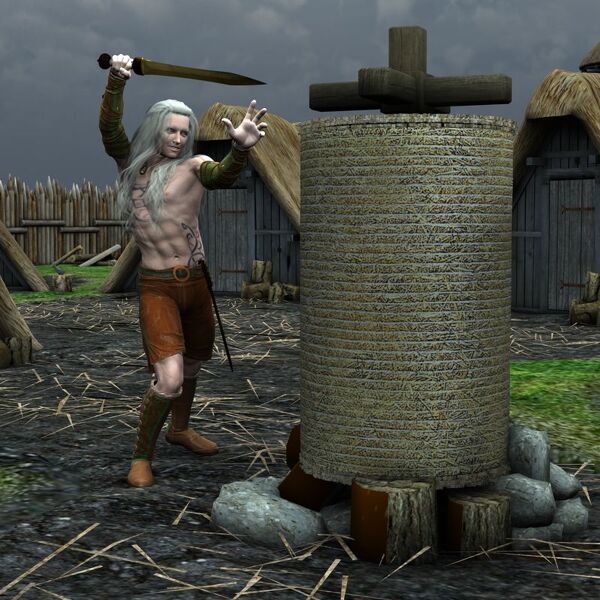 "He remembered a sword, little more than a crudely worked chunk of sharpened metal, but it had been an object of envy amongst his peers. He remembered for a brief moment the weight, and the feel of the weapon, his palm, callused from the hours of practise."