Malachai Schade
Rating: M (L0 N3 S0 V0 D0)
Warnings: Naked vampires
Notes: So, I got to thinking, two kinds of vampires in the world, the living dead and the living. I dunno, there’s something in there about framing the ancient sociopathic sadist with the middle-aged desperate masochist. Yes, eventually, I really am going to break down and do a post on Christian’s psychology, but I’ll do it on LJ. Dude’s deranged, and in a lot of ways, to drag yet another source of vampires into this, I think he’s what Interview’s Louis should have been. And, yes, if this turns into a print, that’ll be Kerrith instead of Christian, which totally blows the base sentiment of the image, but it also makes it not fanart. 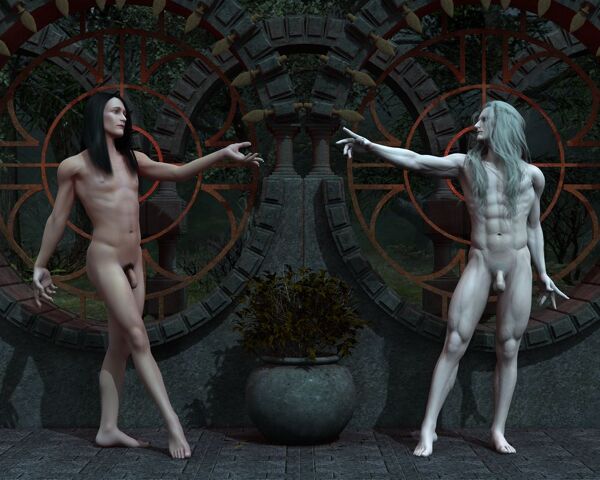