Title: Vintage Bike – Part 1
Fandom: N/A
Characters: N/A
Rating: G (L0 N0 S0 V0 D0)
Warnings: None
Notes: So, I’m kind of working on as close as I can mangle to a 1918 Henderson. Which, you know, considering no one’s been arsed to build a model for it, I’ve got to make out of spare parts of other bikes. What I’ve got looks approximately dick like a Henderson, but the shape is roughly consistent with the time period, plus a little steampunk, for good measure. 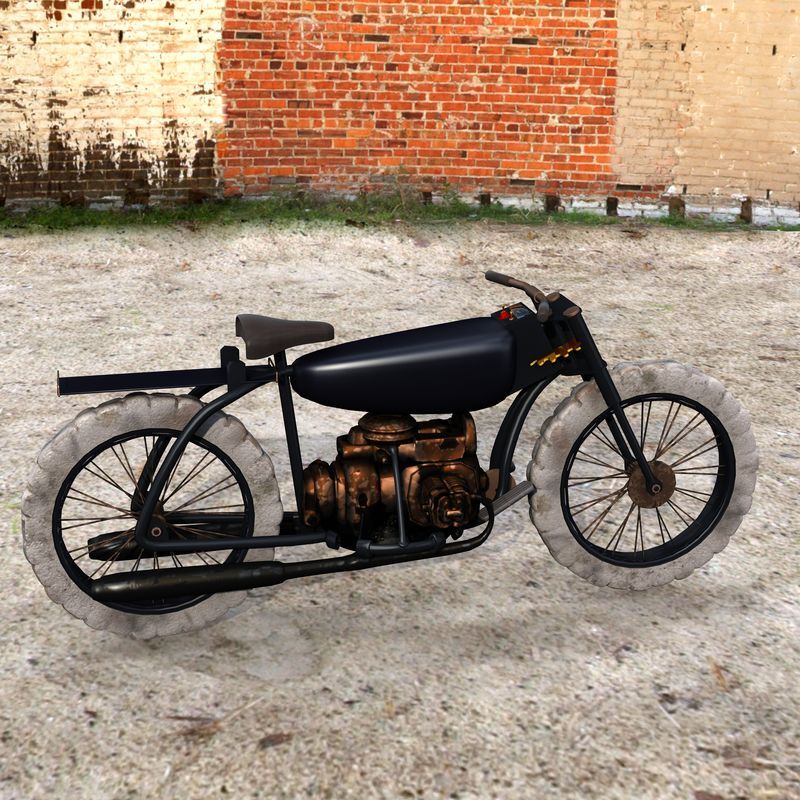 The white tyres are consistent with earlier bikes, before carbon black was added to the rubber. They were more or less standard until almost 1920. 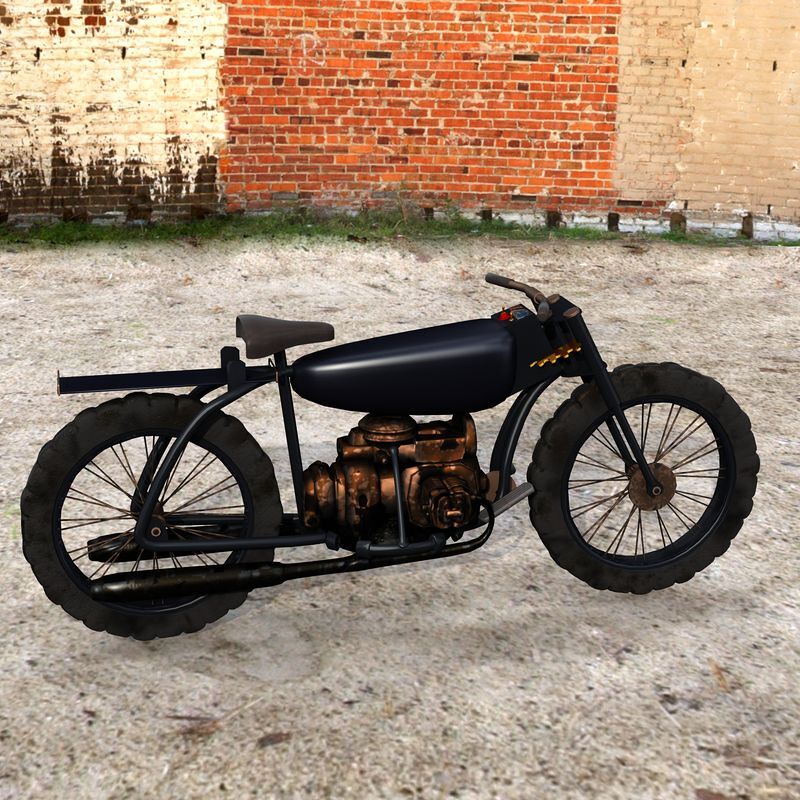 Black tyres for that vintage-restored look. I’m not real happy with how dark they are, and how poorly the mud shows on the darker texture, but that may be a lighting problem.