Title: Bathing Beauties
Fandom: Magelight Chronicles
Characters: Dark, Frost, Ice
Rating: M (L0 N3 S0 V0 D1)
Warnings: Three naked guys and a hookah.
Notes: Not much to say about this one. I’d been looking for an excuse to use Dark and that set in the same image, since I first saw the set. Unfortunately, the native textures for the water and the hookah kind of suck, so I ended up using Sha’s gold shader (which is the only viable gold shader I’ve found, despite having like four) and this awesome tutorial on making water that doesn’t suck. And despite the fact that no one is smoking anything in that hookah, at the mo, I’m thinking the look on Dark’s face says ‘I could be significantly more stoned, with very little effort’. 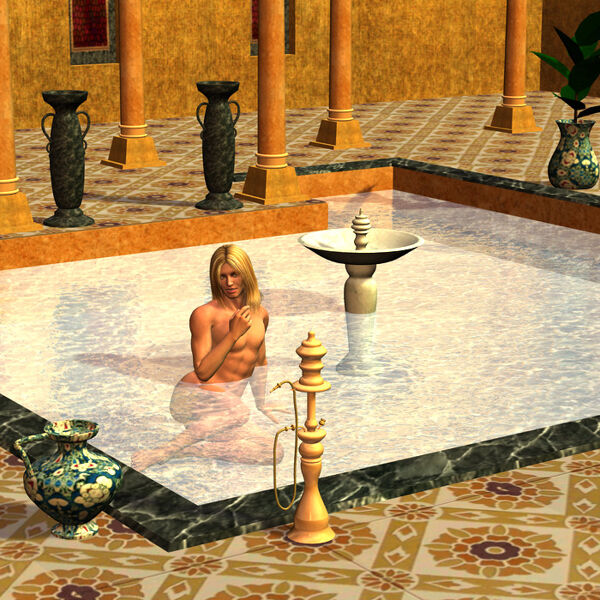 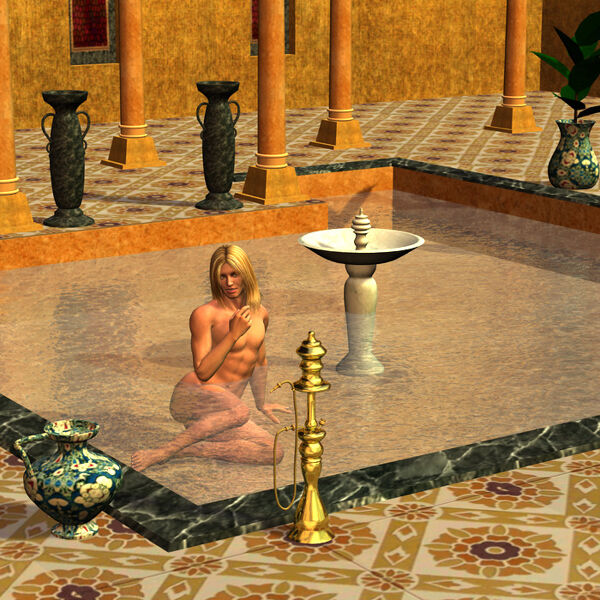 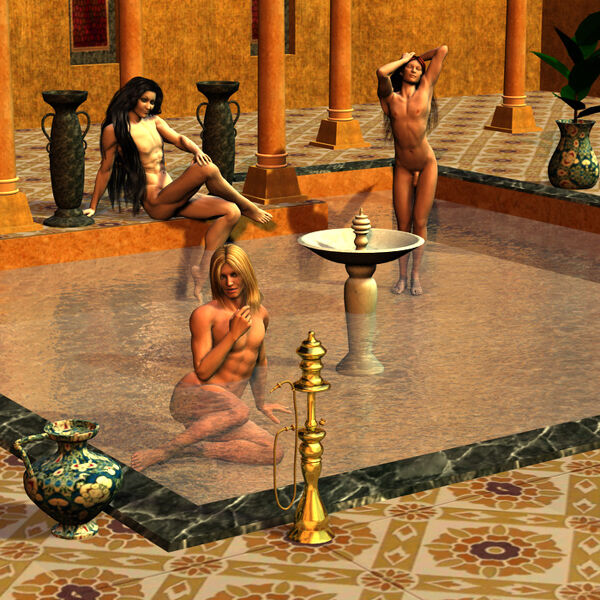 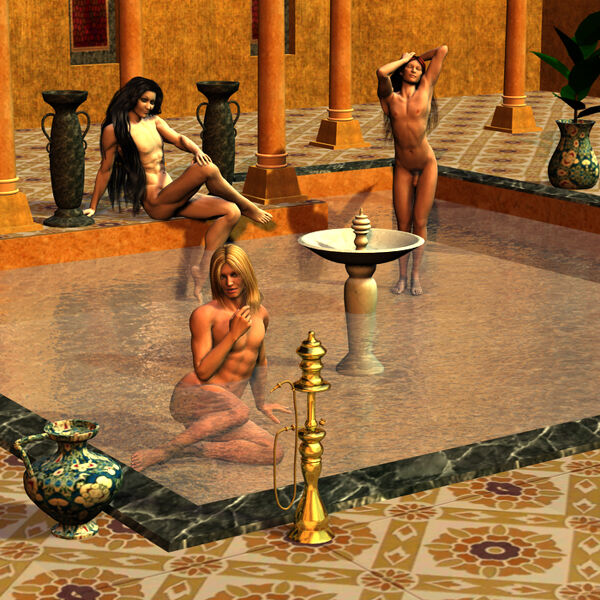